The Skunklock Immobilizes Thieves With A Vomit-Inducing Gas

Is it more trouble than it's worth though?

Modern motorcycle devices help users combat clever thieves with today’s latest tech. Whether it’s a Bluetooth-equipped disc lock or a tracking unit, new security devices rarely rely on a hunk of metal alone. However, a new U-lock from a California-based startup takes a low-tech approach paired with a highly-effective chemical. Meet the Skunklock.

Designed to resemble any conventional U-, the Skunklock contains a pressurized gas within the hollow cavity of the U-ring. Once a thief saws through the vulnerable area of the lock, a vomit-inducing concoction is released. The non-toxic, legally-compliant formula (according to Skunklock) debilitates the culprit immediately. Once exposed, sight and breathing are both compromised, and vomiting frequently follows.

While the Skunklock aims to protect the customer’s vehicle, it also punishes the potential . In a knee-jerk reaction, we motorcyclists might cheer for the Skunklock, but the device poses potential issues for users as well. For instance, if a robber has an allergic reaction, stumbles into traffic, or experiences long-lasting effects, they could have grounds to sue the owner. We could argue that bike burglars deserve the justice that the Skunklock doles out, but that’s not our call to make and that may not hold up in court. 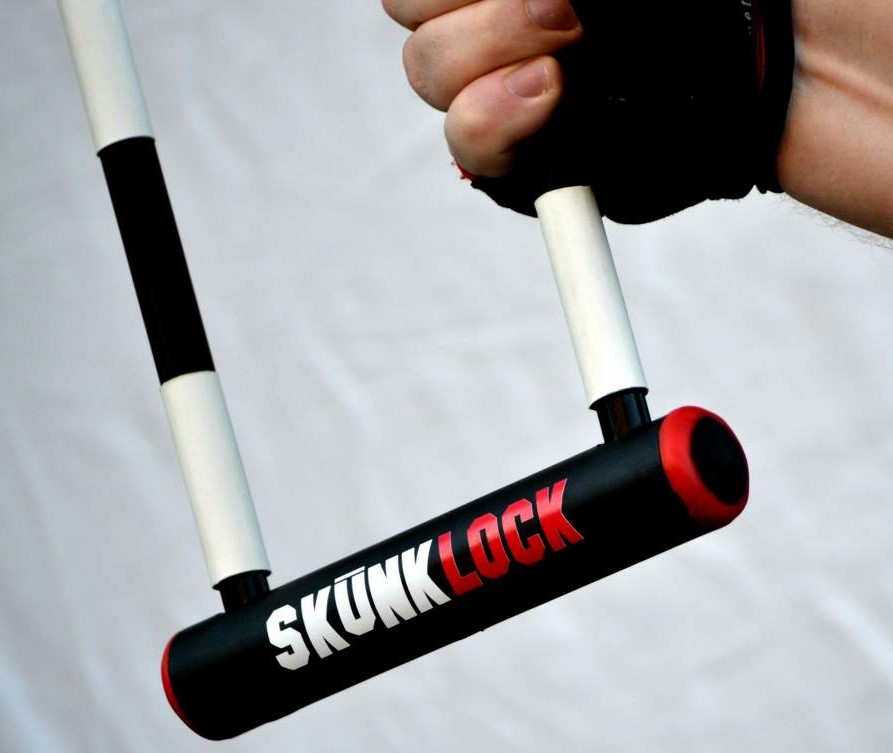 Especially in the litigious United States, the Skunklock might cause the user more problems than an alarmed disc lock. After all, once the Skunklock is cut and the chemical disperses, what’s stopping another thief from picking up your bike? Without a back-up strategy like notifications or an alarm, the Skunklock heavily relies on one line of defense.

Yes, we all hate motorcycle thieves, but going on the offensive may not be in our legal interest either. If you’re considering the Skunklock, you should also consider talking to a lawyer beforehand. The last place you want to find yourself is in a defendant's chair when someone tries to steal your bike.