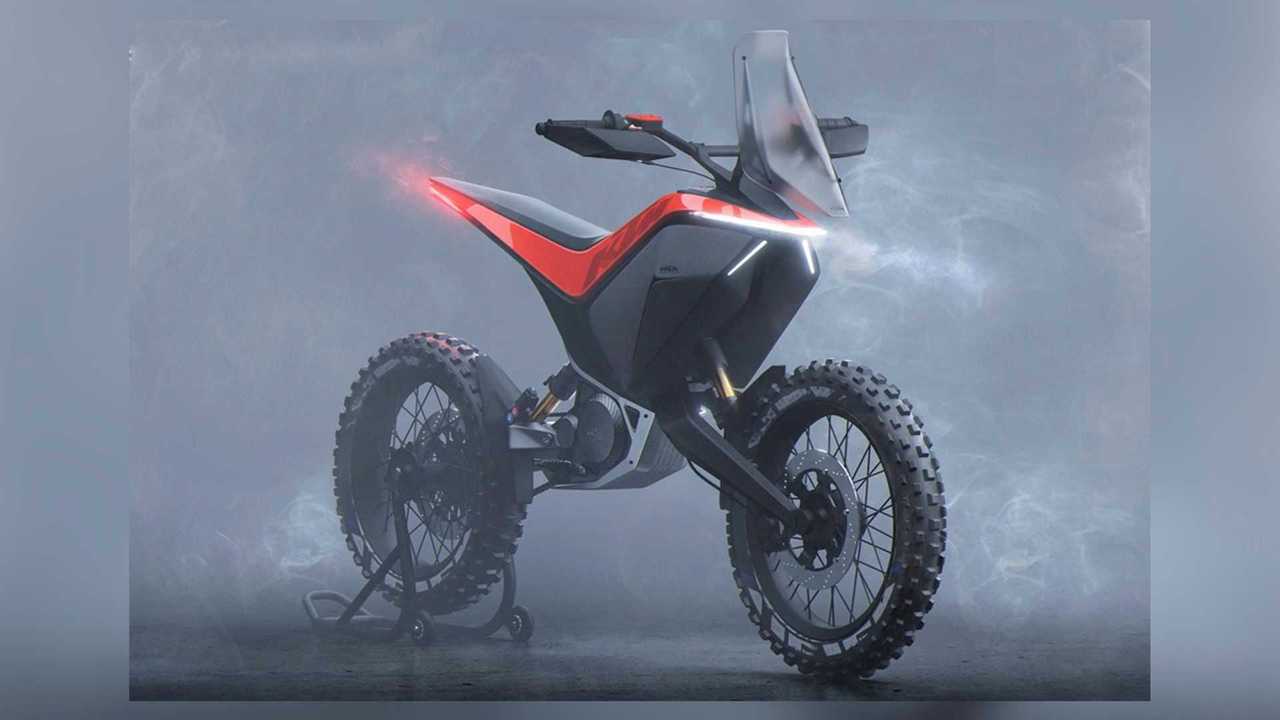 The design student dreams up an intuitive battery system that supplements the onboard fuel cell with two external power packs. Fashioned after old jerrycans, the additional batteries attach to the lower portion of the front fairing. The position aligns with KTM’s gas tank placement on the 790/890 Adventure and prioritizes handling by centralizing the fuel mass. The extra battery packs also fill the void between the fascia and front swingarm.

Despite the added weight, the modular system enables the riders to increase range with ease. For those that prefer a quick blast on the trail, the batteries can be removed to lighten the load. Yes, Lecreux’s Light Adventure delivers novel concepts in a refined design but the practical application of the concept seems somewhat problematic.

For instance, riders would need to attach both ancillary power packs, as affixing one (without the other) would impact steering and alignment. Also, the added weight could impact overall range, especially when the onboard battery is the only power source left. Along with the swappable battery packs, the hub center steering poses potential issues during off-road riding.

Hub center steering tends to be delayed or vague when compared to more conventional front-end suspension. The complex linkage systems can also be expensive to produce, adding an additional hurdle to developing an electric platform. Yes, the Light Adventure is undoubtedly cool but the young designer might be throwing too much innovation at the drawing board. Hopefully, KTM can apply some of Lecreux’s ideas to its battery swapping projects in the future, but it will have to be in a more cost-effective way.