This Custom CBR600RR Strikes A Balance Between Retro And Modern

Factory-built, retro-styled motorcycles are everywhere these days. Kawasaki has the Z900RS, for example, and Yamaha has the XSR900. What if you want to make your own, though? Is, say, a 2006 CBR600RR a suitable canvas for a throwback sportbike? Ask Francis Von Tuto, an Italian builder based in Queensland. After sitting in the corner of a garage for years, Von Tuto resurrected an old Honda supersport as a stylish yet speedy street bike.

Starting from the ground up, Von Tuto flushed and cleaned the entire fuel system including the eight fuel injectors. After sealing leaks and reworking the suspension, he moved on to the bodywork. He was already familiar with customizing the CBR600RR and owned four others in the past. That experience helped him rebuild the subframe to accommodate his retro seat and cowl.

The tail hump wasn’t only made of lightweight aluminum but also houses the bike’s 3-in-1 rear indicators and acts as a mount for one of the two tailpipes. Von Tuto left the CBR600RR tank intact but repurposed a Ducati 900SS front fairing. After shaving down the lower sides of the fairing, the Italian builder fit a 4.5-inch offset headlight.

While the fascia and tail section are decidedly retro, the rest of the build is quite modern. From the twin-spar aluminum frame to the USD forks, from the liquid-cooled inline-four to the Diablo Rosso Corsa II tires, the custom CBR is old school in form only. Despite the disconnect, the elements somehow pull together and rival today’s retro rides from the factory.

“The beauty of modern bikes is that they are already amazingly fast and handle great, without resorting to major upgrades—unless you’re a really fast rider, of course!” said Von Tuto. “So you can just ditch the unnecessary, add rear sets, an exhaust, braided brake lines, and a good set of soft compound rubbers…and there you go!” 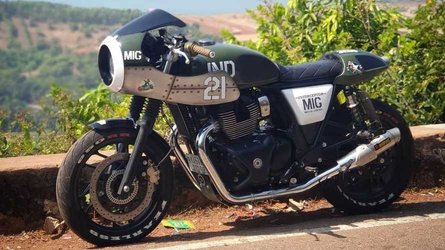 This Custom Royal Enfield Cafe Racer Is A Jet-Inspired Dream
⠀ 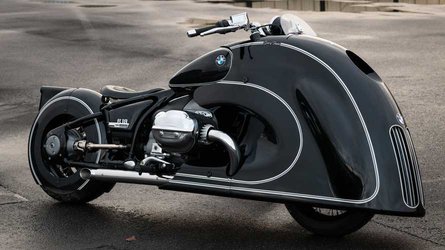