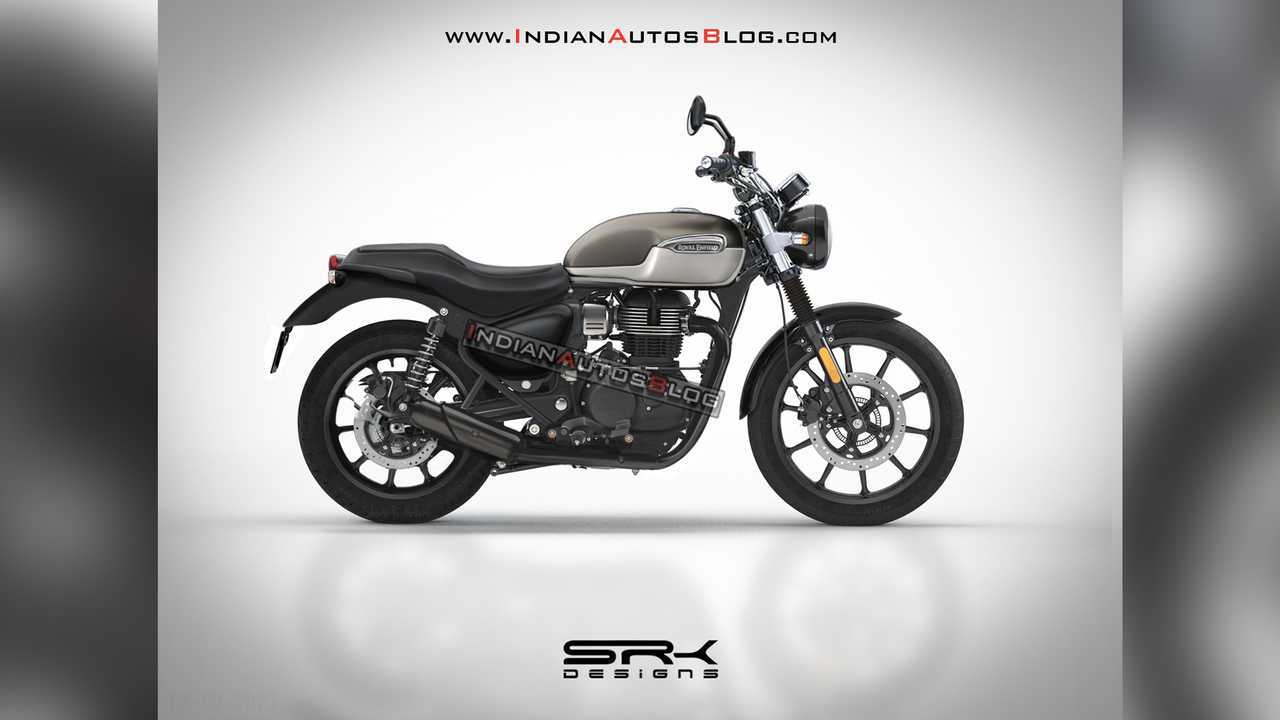 Remember back in March, 2020, when the first rumors about the Royal Enfield Meteor surfaced? Doesn’t it feel like it was a lifetime ago? The new Enfield cruiser has since made its debut, after months of speculations and spy shots and a delayed launch date.

The same cycle of rumors-slash-spy shots is now happening for the incoming new Royal Enfield Hunter. We first heard about the possible Hunter in December, 2019, when Enfield trademarked the name in India. Six months later, in June, 2020, the suspected new bike was spotted testing on the road, suggesting that the Hunter would follow the Meteor. That rumor started gaining momentum earlier in 2021 when a second suspected Hunter test mule was spotted at the beginning of February.

We have yet to find out when the Hunter is going to debut. While we wait, the folks over at Indian Autos Blog decided to have a bit of fun and create a render of what it could look like, based on the spy shots we’ve seen so far. The result is pretty convincing.

While we fully expect the new model to use the same underpinnings as the Meteor—frame and engine included—this design leans more toward a scrambler(ish) aesthetic. The shape of the fuel tank with the knee dents, the fork sleeve, single piece saddle, and upswept muffler give the bike a retro-sport silhouette.

Though the Meteor was rapidly compared with the Honda H’ness CB350 as the two bikes debuted a month apart, the Hunter actually is the one designed to go after the CB, according to the Indian media. At least from a design perspective, we can see the similarities.

The test mule recently spotted by MotorBeam was also equipped with a lower handlebar than the Meteor as well as blacked-out features and alloy wheels.

There’s no word on when we should expect the Royal Enfield Hunter to show up. The most recent updates from Enfield suggest that dealers have started receiving updated Himalayans which could mean the navigation-equipped adventurer is next in the pipeline, it could be a little while before the new model debuts.