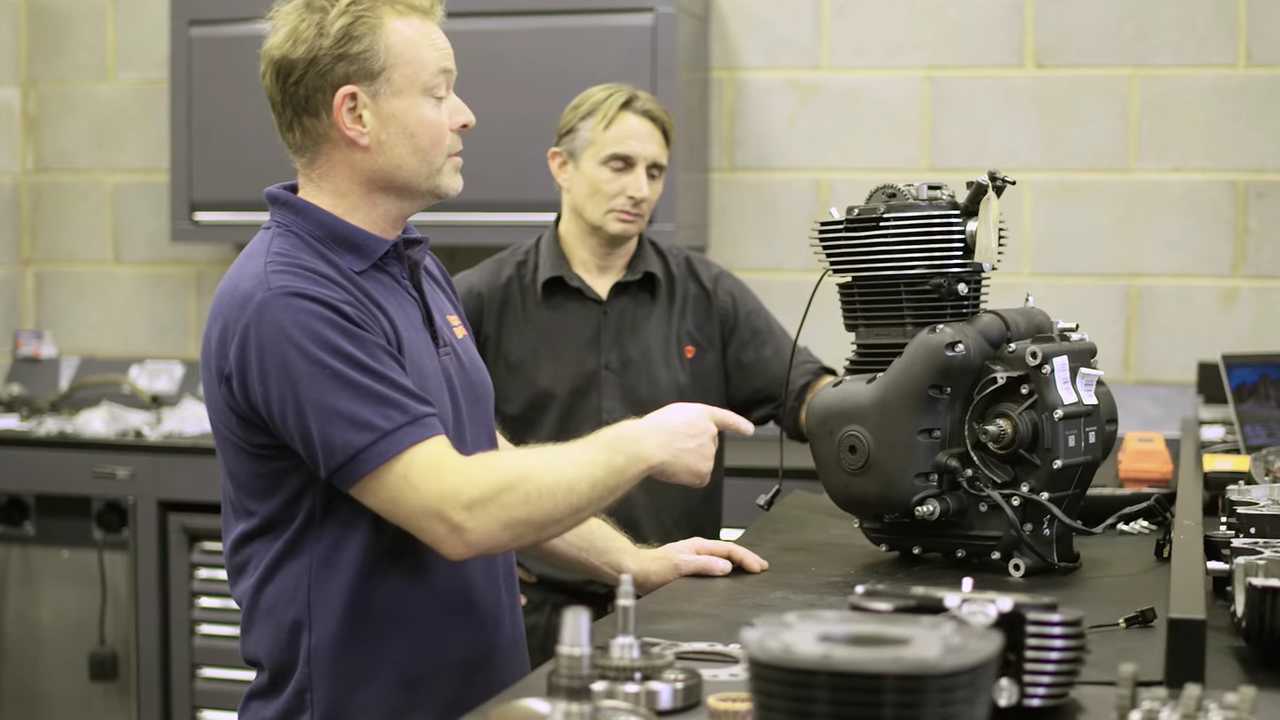 Back in June, 2020, we first clapped eyes on a camouflaged mystery Royal Enfield spotted road testing in Tamil Nadu. It seemed very likely to be the Royal Enfield Hunter, which will share an engine with the Meteor 350. While it was clear that Enfield went to some pains to conceal the finished design, there were still some details worth noticing.

As of the end of January, 2021, eagle-eyed MotorBeam reader Vishal Kishore spotted yet another Hunter out stretching its legs on the Chennai-Salem highway in Tamil Nadu. It’s still camouflaged, but the big steel crash bars are gone, which makes it easier to concentrate on the rest of what’s going on.

You can still see the big round headlight, round mirrors, alloy wheels, and single-disc brakes located front and rear. Suspension appears to be comprised of a telescopic fork and dual rear shocks, lending the Hunter a tidy modern classic look. The saddle looks flatter than the one found on the Meteor, but still looks quite comfortable.

There’s no information available an official release date, pricing, or availability. However, as Royal Enfield seems to be rolling out Tripper Navigation on more and more models going forward, there’s every easy to expect the Hunter will have this feature as well. ABS is also an expected standard feature.

The Hunter’s silhouette gives off a distinctly retro-modern vibe, as opposed to the more clearly classic look of the Meteor 350 cruiser. It’s difficult to say for certain from these photos, but it looks as though the alloy wheels on the Hunter could be blacked-out versions of the same shape found on the Meteor. If that is indeed the case, it simply goes to show how much of a difference small detail changes can make to a finished design.

This is the Enfield that’s meant to take on the Honda H’Ness CB350 head-to-head. How will it fare once the public has a purchasing decision to make? We’ll have to wait and see once the details are out in the open.