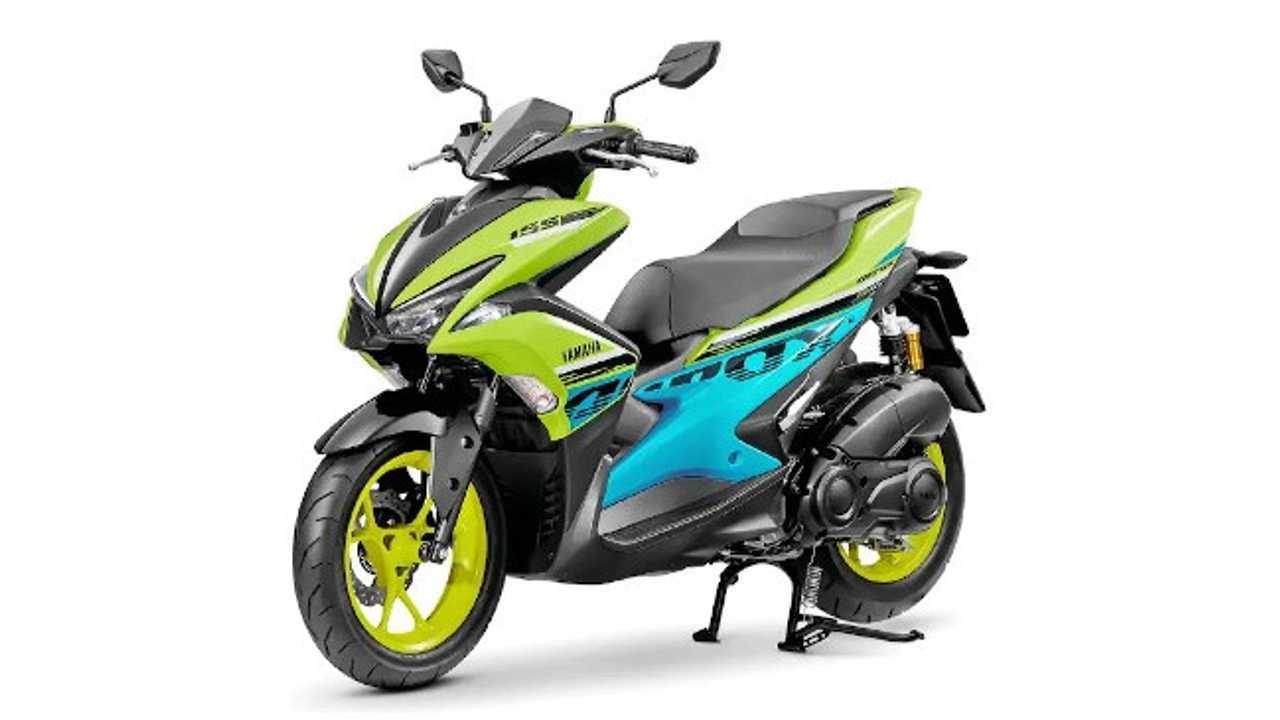 Scooter fans in India and Southeast Asia are well acquainted with fun little scooters that manage to do a good job of mixing enjoyment and practicality into a package that's both affordable and good looking. Scooters like the Yamaha NMAX have gained mass appeal thanks to all these, as well as its distinct maxi-scooter styling. However, what if your tastes lean more towards a more aggressive and sporty aesthetic? Maybe the Yamaha Aerox is for you.

Featuring essentially the same underpinnings as the Yamaha NMAX, the Aerox wears a different costume—a costume which exudes aggression and sportiness. Its menacing frown gives off an angry look to those who glance upon it in their rear view mirrors, while its chiseled body work gives off the illusion of speed and performance, even if it only has 15 horsepower on tap. The 2021 iteration of this mean looking scooter has broken cover in Thailand—a hotspot for scooters of this caliber in the region. So what exactly makes the Yamaha Aerox special?

For starters, the new and improved Aerox now boasts a full LED lighting system and an even angrier face. The turn signals have been seamlessly integrated into the fairings with the scooter retaining its sharp and angular styling.

Additionally, the scooter's tail section looks even sharper and slimmer thanks to revised body styling that houses the sleek taillight. The new Aerox has also been fitted with a new LCD display cluster which features smartphone connectivity, and a handy toggle switch on the left side of the handlebar.

As far as performance is concerned, the Aerox gets the same engine as the Yamaha NMAX: a 155cc, liquid-cooled, single-cylinder mill producing around 15 ponies. It comes equipped with Yamaha's Variable Valve Actuation, or VVA technology, which gives the engine slightly more pep at mid to high revs.

The new Aerox also comes equipped with a larger fuel tank, giving it just a bit more long-distance mileage at 5.5 liters, as opposed to the previous scooter's 4.6 liters.

The 2021 Yamaha Aerox now features fancy color schemes as well, consisting of a striking fluorescent green and teal combo. A more subdued gray option is also available. Priced at 78,500 baht, or $2,612 USD, the new and improved Aerox is expected to begin rolling out in other nearby markets in the coming months.

Fancy Yourself A Funky Commuter Scooter?:

Can The SYM GPX Drone 150 Rival The Yamaha NMAX?