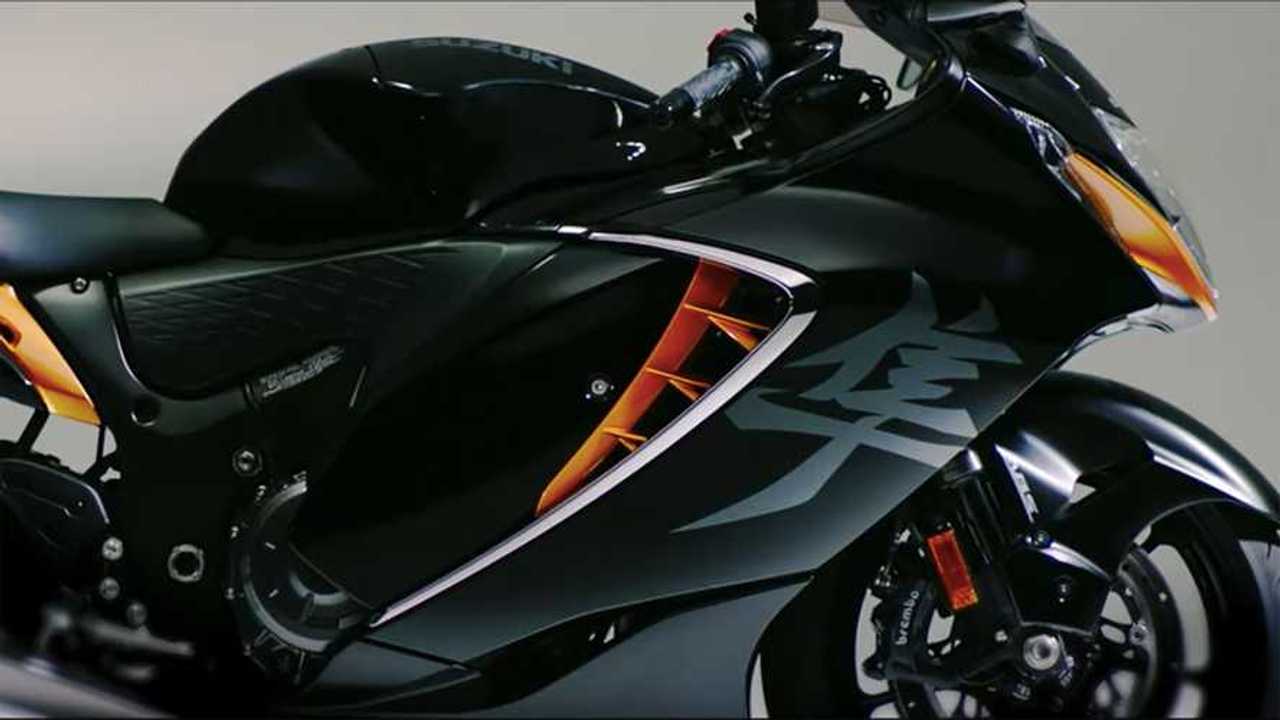 The Hamamatsu flagship in all its glory.

It's Here! Check Out All Of The Details:

A little over two years after Suzuki announced that it was pulling the iconic Hayabusa from several key markets, including Europe, one of the fastest production bikes in history is ready for its big comeback.

The maker released a teaser of the supersport’s new generation and confirmed that we’d officially get all the details on February 5, 2021. Until recently, Suzuki had managed to keep most of the details surrounding its new flagship relatively secret. We expected some sort of design change, of course, and some form of powertrain tweak that would minimally allow the model to re-enter the European market.

On February 3, however, what looks like the ‘Busa’s official launch video leaked on the internet, giving us our first glimpse at just how much the model is going to visually change for 2021.

The new design is more aggressive with sharp lines and angles that replace the outgoing generation’s bulbous silhouette. It looks like the bike is getting LED lighting at both ends with a new headlight design that includes a pod projector located under the main headlamp and two LED “brackets” on each side.

The new model also features upsized aerodynamic appendages neatly integrated into the fairing’s design. Other notable design updates include a new pair of exhaust tips, a new pillion cowl, and the lower-set mirrors which, we assume, will improve visibility in track or high-speed settings, when the rider is hunched over and tucked behind the windscreen.

The cockpit has also changed though not as dramatically as the bike’s design. All the components are pretty much the same and the dashboard layout is unchanged. Though Suzuki modernized the look, all the gauges remain analog. The biggest change is the LCD replaced with a TFT display at the center of the instrument cluster. The clip also reveals that the bike features an advanced version of the Suzuki Drive Mode Selector (SDMS-a).

Though the leaked video painted a pretty complete picture of all the exterior changes, we have yet to find out whether anything happened under the fairing. We can assume it did, at least at the engine and exhaust level.

Several publications suggest that the Hayabusa’s 1,340cc inline-four could get a displacement upgrade—a pretty standard method for making high-po engines Euro 5-compliant—which should also result in a higher output. The generally accepted theory is that the new engine’s displacement could reach somewhere around the 1,450cc mark.

We’ll get to find out how much truth there is to that theory and everything else we want to know about the new 2022 Suzuki Hayabusa on Friday, February 5. Stay tuned!

The Beast Is Back: Suzuki Teases Incoming New Hayabusa
++