The falcon's out of the bag.

It’s been a while since we’ve had a good leak. With the pandemic, we can only assume that the usual sources of leaks, such as dealers’ presentations, are currently all on hold which means we’ve only been able to view new models—gasp—when the manufacturers intended us to. Shocking, we know. What can we say, we’re an impatient bunch.

Not all seals are leak-proof, however. Especially when, like Suzuki, you’re about to launch a bike everyone is talking about like the Hayabusa. There’s bound to be more people on the case, scouring the Internet for crumbs of information.

Sadly, this is one secret that Suzuki wasn’t able to keep as tightly sealed as it had hoped. Only a few days away from the new 2021 Hayabusa’s debut, what looks like the official launch video was leaked on the internet.

The clip showcases the model’s three generations (1998 to 2007, 2008 to 2020, and the new one) which allows us to easily spot the changes coming in 2021. We immediately notice the new fairing with the pointier “nose” and massive air curtains. The headlight is new as well and combines the main headlight on top of what looks like an LED pod, framed by two boomerang-shaped LED clusters. The side-view mirrors are positioned lower on the fairing which should improve the rider’s visibility when tucked in.

At the back, the tail is pointier as well and the pillion cowl isn’t as bulbous, which creates a symmetry between front and back that’s pleasing to the eye. What we thought was a pair of overly long mufflers was replaced by shorter, angular units that fit the silhouette better. The resulting design looks leaner and more athletic.

We also get a peek behind the windscreen, at the new instrument cluster. The layout remains similar to the outgoing generation’s; however, everything’s been modernized. The center LCD was seemingly replaced by a color TFT screen.

The speedometer, rpm, fuel, and engine temperature gauges remain analog. Based on the information displayed on the TFT screen, it looks like the new Hayabusa is sticking to a six-gear transmission, and that it will display lean angles on each side. The clip also confirms that it will feature a new, more advanced Suzuki Drive Mode Selector (SDMS-a).  A look at the left-hand side controls cluster also points to available cruise control.

As for the engine, the video doesn’t reveal whether the new supersport will, in fact, get a boost in displacement and output. All we know when it comes to the powertrain is that it’s going to be Euro 5 compliant as the model is set to return to the European market. That info we’ll find out for sure on February 5, 2021.

The new, sharper design fits the bike well—it was about time Suzuki modernized its apex predator. The countdown is on and we're only a few days away from the new Suzuki Hayabusa's official unveiling. We’ll keep you posted as soon as we know more.

What We Know So Far: 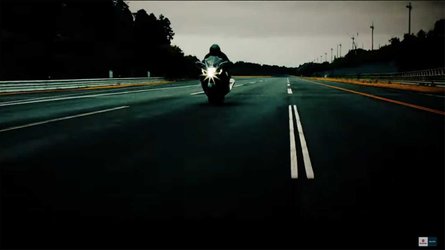 The Beast Is Back: Suzuki Teases Incoming New Hayabusa 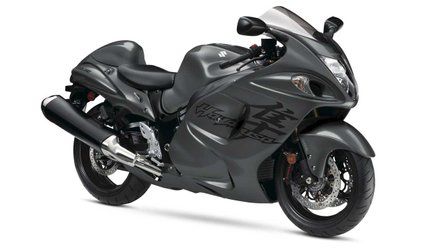