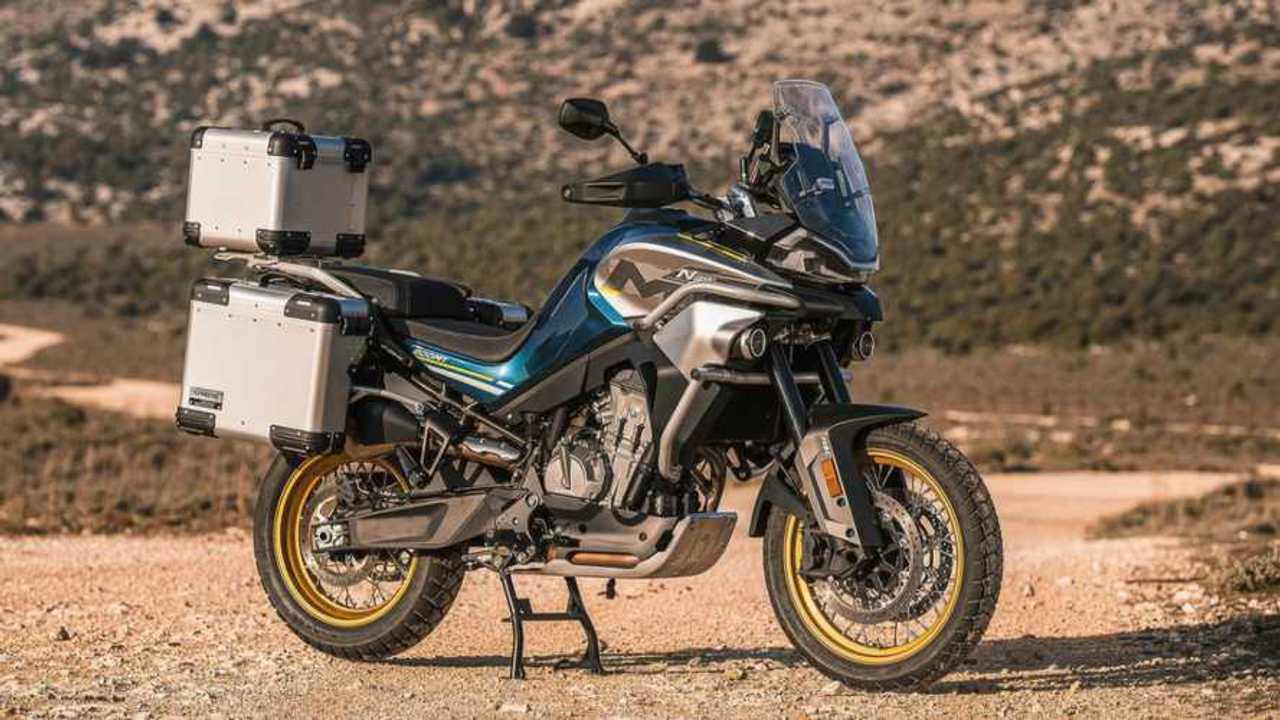 The wrapper is off the KTM-based adventure bike.

It feels like we've been writing about the Chinese version of the KTM 790 Adventure forever. That could be because 2020 lasted for approximately 13 years. It could also be because CFMoto and KTM have been dragging this out for a long time. Either way, the wait is over. We have the first official photos of the MT800 adventure bike.

After seeing spy shots of the MT800 in October, there are no real surprises here. Its styling is more like a traditional ADV bike than the KTM, a bit BMW in nature but without the asymmetrical headlights. All in all, it's an attractive looking motorcycle, though not particularly distinctive. CFMoto has still not released details on the engine or its performance numbers. We know it's KTM's LC8 parallel-twin 799cc engine, but we don't know if or how CFMoto has tweaked KTM's tuning to give the MT800 its own unique performance characteristics. In KTM form, this engine produces 94 horsepower and 64.9 lb.-ft. of torque.

There appear to be two versions of the MT800, as we predicted. The adventure version wears the spoked wheels with gold rims that we saw on the camouflaged test mule. The lines look identical, and it has the auxiliary lighting, sump plate, handguards, and center stand that we previously saw. It also has racks for the hard luggage we saw on the test mule.

There is also a more road-oriented version of the bike. It has alloy wheels in the same 19-inch front and 17-inch rear sizes as the ADV version, wearing dedicated road tires. The off-road armor is gone, though provisions for luggage remain. This is quite a different approach than KTM takes with the 790 Duke, which uses the same engine as the 790 Adventure but completely different styling for the road version.

The MT800 looks ready to hit showroom floors right now. However, we still don't know when it will be available, or in what parts of the world. We'll be keeping our scanners peeled.

The Waiting Is The Hardest Part: