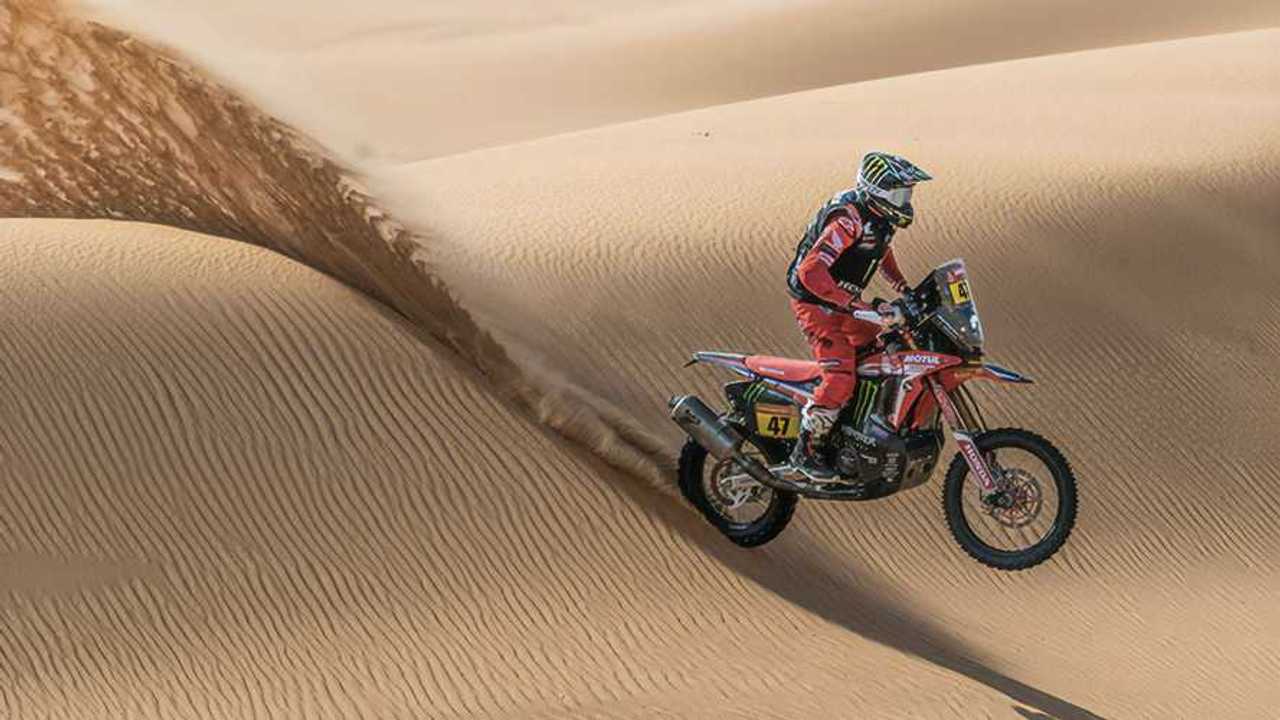 KTM back on the third step of the podium.

The Dakar has always been an eventful race, especially since organizers upped the ante and changed the regulations in 2020 to challenge the riders on their skills level rather than on the size of their team. The 2021 edition was no different and despite the implementation of new safety regulations, almost a third of the starting lineup didn’t make it to the finish line. Out of the roster of 101 motorcycle racers entered, only 63 managed to finish.

The rally’s 12th stage ended on January 15, 2021, and in the moto class, Honda hit a double-double with two of its Monster Energy Honda Team riders stepping on the podium. Argentinian rider Kevin Benavides took the win in the motorcycle class, five minutes ahead of 2020’s champion and teammate, Ricky Brabec.

Benavides showed a lot of promise since his Dakar debut in 2016, finishing fourth in his first rally and second in, well, his second. After not finishing the race in 2020, he doubled down in 2021 to finally take his first Dakar win.

KTM held on tight to its third place on the podium in a 2020 repeat. This year, however, instead of former champion Toby Price finishing in third, Team Orange got its spot on the podium thanks to Sam Sunderland’s valiant efforts. Price crashed on January 12, 2021, and had to leave the competition due to head, shoulder, and wrist injuries.  The KTM team lead later confirmed that he broke his collarbone.

This year’s event also claimed a life, that of French racer Pierre Cherpin. The Original Motul (formerly Moto Malle) competitor crashed during the 7th stage. He suffered head trauma, a collapsed lung, and broken ribs. Following an emergency operation to relieve pressure in his brain, Cherpin remained stable for most of the following week until he was put on a medical flight back to France.

His family explained on social media that Cherpin spiked a fever during the flight back home and that doctors were unable to revive him. The RideApart family wishes to extend its sincerest condolences to the Cherpin family and their friends. This is a grim reminder that the Dakar is one of the toughest, least forgiving events in the world of rally, especially for those entering the Original Motul class without any team or support.