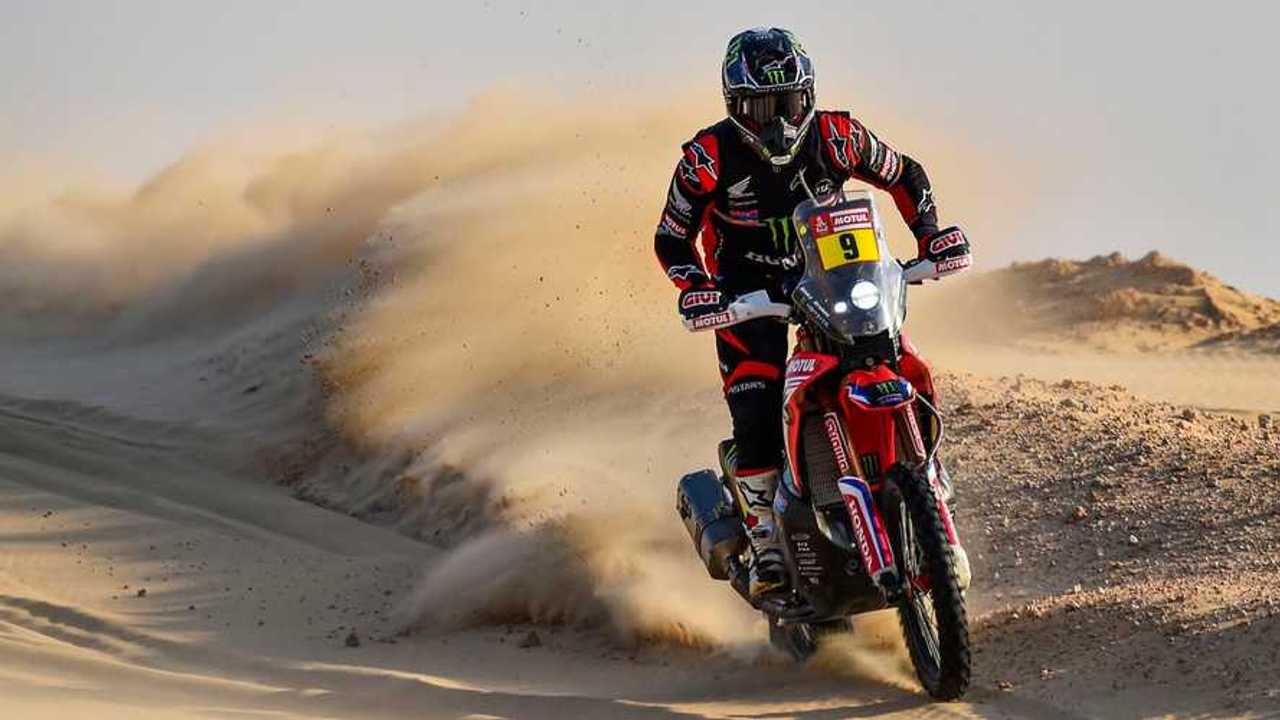 Since 1979, every motorsport enthusiasts’ New Year is celebrated with high doses of sand and octane. The Dakar rally has become an important part of the racing landscape and is usually the first event to christen the new calendars on our walls.

Though most other events on the 2020-2021 calendar have been rescheduled or postponed, Dakar isn’t one of them. Despite the current climate brought on by the pandemic, the organizers confirmed that the event would proceed as scheduled, with additional safety measures in place, of course.

After the January 3 prologue, the rally’s 2021 edition has officially begun in Jeddah, Saudi Arabia. For the next 11 days, racers in the motorcycle, quad, cars, trucks, and side-by-side categories are putting their driving/riding and navigation skills to the test through the Arabian dunes.

With Day 1 of the official competition coming to an end, Honda has ousted KTM from the leaderboard. The two racers at the top of the (current) rankings are both members of the Monster Energy Honda Team—including last year’s winner Ricky Brabec who’s currently in second position. His teammate Joan Barreda Bort is currently in the lead.

In Other Dakar News:

Let’s remember that until 2020, KTM was the crew to beat with its 18-year Dakar domination. American Ricky Brabec onboard Honda put an end to the Austrian reign when he won the first Saudi Arabia event in January, 2020.

Sam Sunderland recorded the best time so far for the KTM factory crew with a 12th position. Teammate and former Dakar champion Toby Price isn’t too far behind in 15th.

With only two days of riding done out of twelve, however, things are bound to change and despite an all-red lead, there is no say what the final lineup will look like. The Dakar is famous for being unpredictable. Riders mess up, get penalized, get lost, or get injured, which can have a dramatic impact on the rankings.

With the addition of new safety regulations, including mandatory airbag gear, we can hope that, unlike in 2020, life-altering events like the death of a racer won’t be on the list of deciding factors this year.