Are you ready for a Super Adventure?

January 26, 2021, is going to be a busy day. Kawasaki put its name down first and confirmed the launch of two new bikes, one of which we hope will be the KLR 650 replacement. Then Triumph announced that on the very same date, it will unveil the all-new Speed Triple 1200 RS. Guess what? We’re getting a January 26 hat trick as KTM now confirmed that it too will launch a bike on that day.

Team Orange posted a teaser image on its European websites with the quote “The World Gets Smaller” and a countdown to the 26. What is KTM going to unveil at the end of the month? Here’s what we think the House of Mattighofen could be preparing.

According to Motorrad, the new bike could very well be the new 1290 Super Adventure we’ve been expecting and we tend to agree with their educated guess. Consider the following clues.

First, the Austrian flagship's test mule was spotted on numerous occasions sporting an updated chassis and a radar system which could mean we're getting KTM's long-awaited adaptive cruise control. With Ducati and BMW hitting the market with similar technology at the end of 2020, it makes sense for KTM to follow closely.

Second, the folks over at Motorcycle.com recently noticed that someone at KTM’s was a little trigger-happy and posted the pages for the 2021 1290 Super Adventure S and R seemingly by mistake. The pages disappeared as quickly as they were posted but not quickly enough to escape Dennis Chung’s keen eye. According to him, the pages apparently confirmed, among other things, that the new 1290 is equipped with two radiators, new headers leading to a collector chamber with two catalytic converters, and three lambda sensors—updates that now make the bike Euro 5-compliant.

Considering the KTM 1290 Super Adventure S and R also remain listed as 2020 model-years on the company’s website and the whole “world getting smaller” theme—doesn't that scream travel and long distances?—the 1290 Super Adventure becomes the prime suspect in our investigation. We’ll find out for sure on January 26. Stay tuned! 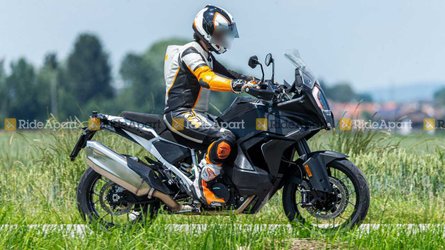 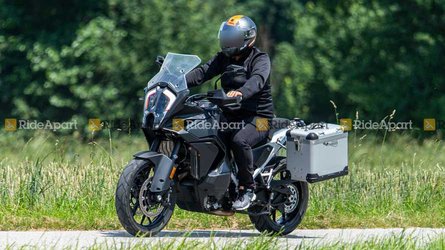 Spotted: 2021 KTM 1290 Super Adventure Bulked Up Over The Summer