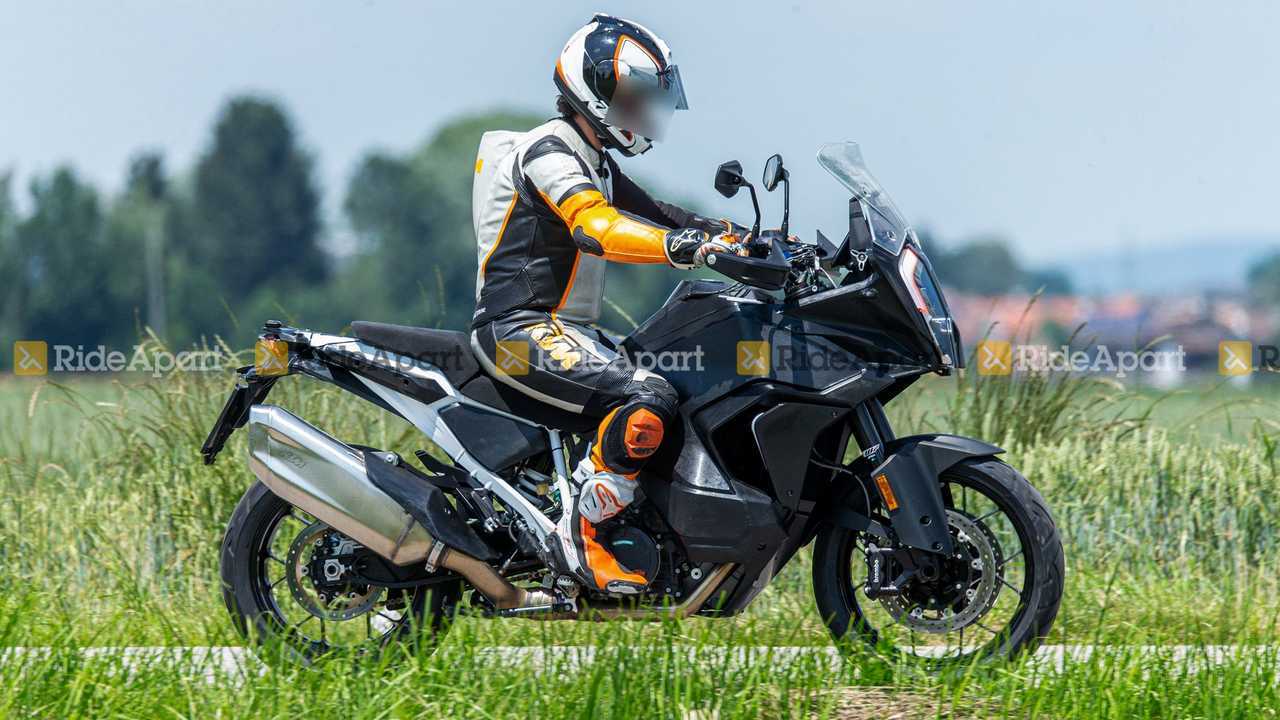 Many of our theories have been confirmed.

While KTM has not officially announced any details about the 2021 1290 Super Adventure R and S, an accidental publication of the web pages about them caused the information to be released ahead of schedule. KTM took down those pages quickly, but not before Motorcycle.com captured the details for posterity.

Back in September, we got our hands on some spy photos of this bike, which led us to some educated speculation as to what the new 1290 Super Adventure had in store. We already saw its big chunky exhaust system, designed to comply with Euro 5 emission standards. We now know it does that with new headers leading to a collector champer with two catalytic converters. Three lambda sensors measure emissions and adjust the mixture to keep the engine burning clean. That engine will produce the same 160 horsepower as the 2020 model, but peak torque drops slightly to 101.8 pound-feet from 103.2.

The twin radiators were also obvious from the spy shots, and are now confirmed. A new airbox design makes access easier. The transmission will now have a new Pankl gearbox, first introduced on its cousin the 1290 Super Duke R. The bike has a new trellis frame made of chrome-molybdenum steel.  The engine is rotated two degrees toward the front, and that weight should help prevent accidental wheelies. The steering head sits 0.6 inches farther back, and the swingarm is 0.6 inches longer than before.

A new seat lets the rider sit a little bit lower, with an adjustable seat on the more street-oriented Super Adventure S, as well as cast wheels and new Mitas Terra Force-R tires. The more dirt-oriented R model gets tubeless spoked wheels made by Alpina, including O-ring seals around the spoke nipples to prevent air leakage. Both models get the same Brembo brakes, suspension, and electronics as the 2020 model. The adaptive cruise control system we predicted as an option will actually be standard equipment on the S model only. We don't yet know if it will be available as an option on the R.

We also don't know when KTM plans to officially announce the 2021 model, but it will probably be soon. The web pages are already in place, just hidden until they're ready. Perhaps we'll be ringing in the new year with more details.

Will KTM Up The Hyper Naked Ante With A 1290 Super Duke RR?