If you think most scoots are too round, the B4 is the scoot for you.

Remember Blacksmith Electric and its B2 electric scooter concept? The Chennai, India-based startup first released these designs into the wild back in 2019. That seems like a lifetime ago in startup terms, and at least two lifetimes ago since a global pandemic brought worldwide upheaval.

Anyway, Blacksmith originally planned to launch its electric scoots in India in 2020. Of course, that didn’t happen for understandable reasons. The company appears to be playing a long game, however, so it didn’t panic. Instead, it set to work on some other prototypes, including the B4 and B4+ electric scoots you see here. What’s more, Blacksmith plans to start rolling production scoots into customer hands by the end of 2021.

The B4 and B4+ designs offer a more slab-sided look than the B2. It’s almost the IKEA toaster of electric scooters—and I don’t mean that as an insult. Clean, simple lines that speak of both function and style, but which don’t lose sight of either. Although there’s a certain retro simplicity to the step-through design, it’s also incredibly modern.

Unlike the B2, as you may have noticed, the B4 comes in two different flavors. The regular B4 is meant for either a single rider, or a rider with a pillion passenger and/or stuff they want to bring along. Meanwhile, the B4+ comes with a cargo box, and is primarily meant for delivery riders and couriers. It comes with a very useful and capacious top box in the back, ready to swallow up whatever you’re carrying between points A and B.

Blacksmith scoots function on their swappable batteries, which should work in its entire line of scooters. Claimed range is 120 kilometers, or about 74.6 miles. Top speed is 120 kph (or 74.6 mph), and Blacksmith says its batteries charge in just four hours. Since they’re swappable, if you have a spare sitting on a charger, it’s easy to swap out your spent battery, have a quick tea break, and get back on the road with a fresh one.

The B4s will be powered by 5 KW AC motors, which Blacksmith says are capable of producing up to 96 Nm (or 70.8 ft-lbs) of torque. They’re rated to carry up to 200 kilograms, or 440 pounds. Alloy wheels, LED lights with projector headlamps, adjustable rider and pillion backrests, and a front and rear telescopic suspension all come fitted standard. Strangely, Blacksmith doesn’t mention brakes in its specs, but it’s only January, 2021 as I write this. Hopefully by launch time, more concrete details will be available.

Blacksmith is playing its cards close to its chest. While the company says they have a dealership plan in place to bring the bikes to market, there’s no information yet about where these dealerships will be located. Prices aren’t available yet either, but Blacksmith plans to open pre-bookings soon, according to the Financial Express.

It's Oh So Quiet: 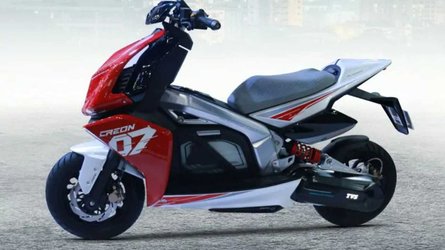 TVS Creon Expected To Launch In India This Year 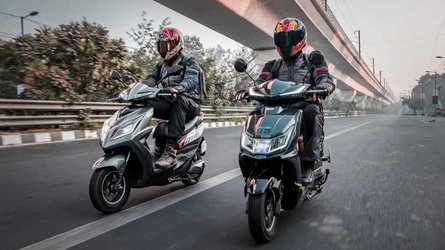