Here's What Royal Enfield's 650 Cruiser Will Probably Look Like 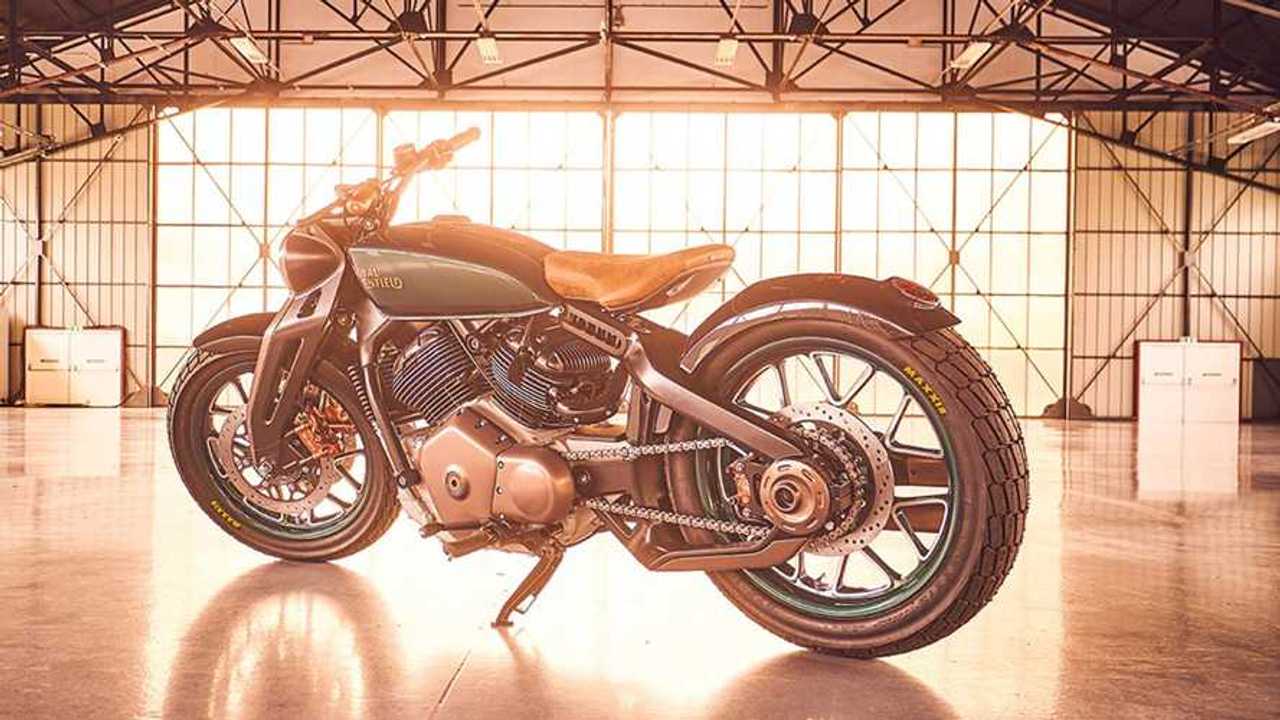 An upside down fork makes its Enfield debut.

In October, 2020, we got a look at some fairly clear spy shots of the upcoming Royal Enfield KX650. At the time, the cruiser looked to be a variation on Enfield’s Concept KX. It also seemed likely to be powered by the same 650cc parallel twin that forms the beating heart of the Continental GT 650 and Interceptor 650.

Brand new year, brand new Enfield spy shots that seem to confirm all 650 of our suspicions. According to exclusive spy shots released into the wild by GaadiWaadi, it looks exactly like that’s the engine that will power the new cruiser. It also appears to feature Enfield’s first-ever USD front fork, alloy wheels, a tall and somewhat flat-looking windscreen, round mirrors, a split saddle, and a round headlamp that will likely include LED daytime running lights.

Both the substantial crash bars and the tall windscreen are significant differences over the earlier shots of a test mule out tooling around on Indian roads. Then again, like any OEM worth its chrome, Enfield does like its available options, accessories, and packages. Time alone could account for differences in the kit seen on both of these test mules—or they could be different configurations of the same upcoming bike.

In any case, if all goes well, Indian media expects the new 650cc cruiser to officially launch sometime in the back half of 2021. How likely is it that we’ll see this bike appear outside of India as well? Given the international success of the 650 Twins, it seems at least like a reasonable possibility that this bike, too, will show up elsewhere in the world. In places where 400cc and smaller displacement bikes are the norm, 650 can seem like a significant step up. Not everyone wants or needs 1800cc to wrestle with, so it’s nice to have a variety of choices. Wouldn’t it be boring at stoplights if we all rode the same thing?