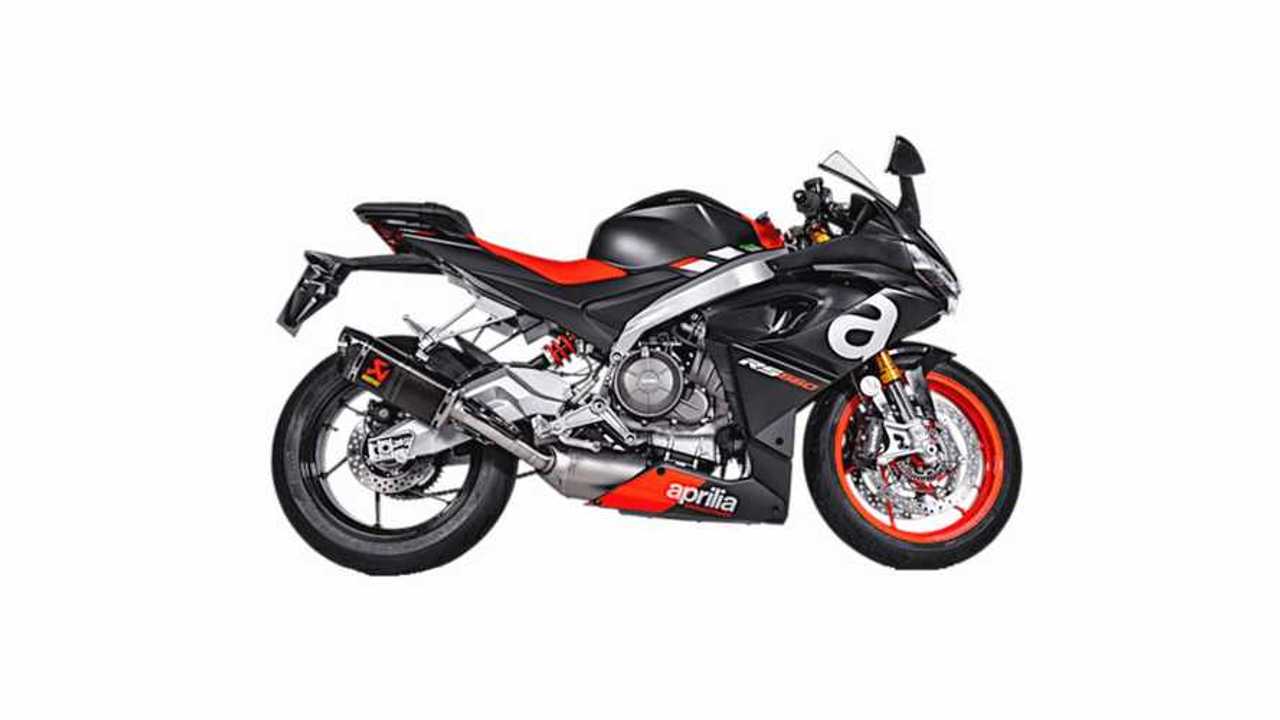 Two more reasons to get excited about the new year!

If you’re eagerly counting down the days until a shiny 2021 Aprilia RS 660 finds its way under your butt, Akrapovič just released two new exhaust systems to get you even more excited. As is often the case, there’s a plug-and-play street-legal exhaust, and a track-only racing exhaust to choose from. Let’s take a look at both.

The Racing Line (Carbon) exhaust for street use is a plug-and-play system that requires no special engine mapping for optimal function. It offers a power boost of 2.4 horsepower at 11,200 rpm, as well as a 2.7 lb-ft torque gain at 4,550 rpm, per Akrapovič. As you might expect, the titanium, carbon fiber, and stainless-steel unit trims a small amount of weight as well. The stock unit weighs 15 pounds, but the Akrapovič one tips the scales at just 14.1 pounds. Every little bit counts, right?

Meanwhile, the Racing Line (Carbon) exhaust designed only for track use offers a claimed 4.1 horsepower boost at 11,200 rpm, and a 3.6 lb-ft torque gain at 4,500 rpm. This unit weighs in at only 9.8 pounds, shedding just over a third of the stock unit’s weight.

It’s worth noting here that all power figures listed come straight from Akrapovič. As with any manufacturer, their goal is to convince you to buy something. So, as always, it’s worth taking those numbers with a grain or two of salt. The true test of anyone’s power figures is always when bikes and parts get out into the world, and independent testing and reporting starts finding its way into the sunlight.

We haven’t heard what either of these sound like yet, but Akrapovič is well known for crafting its exhaust notes with exquisite care—so in all likelihood, they sound amazing. Definitely looking forward to hearing and learning more about how they perform out in the world as 2021 rolls on.

Compared To Rivals, The Aprilia RS 660 Hits The Goldilocks Zone