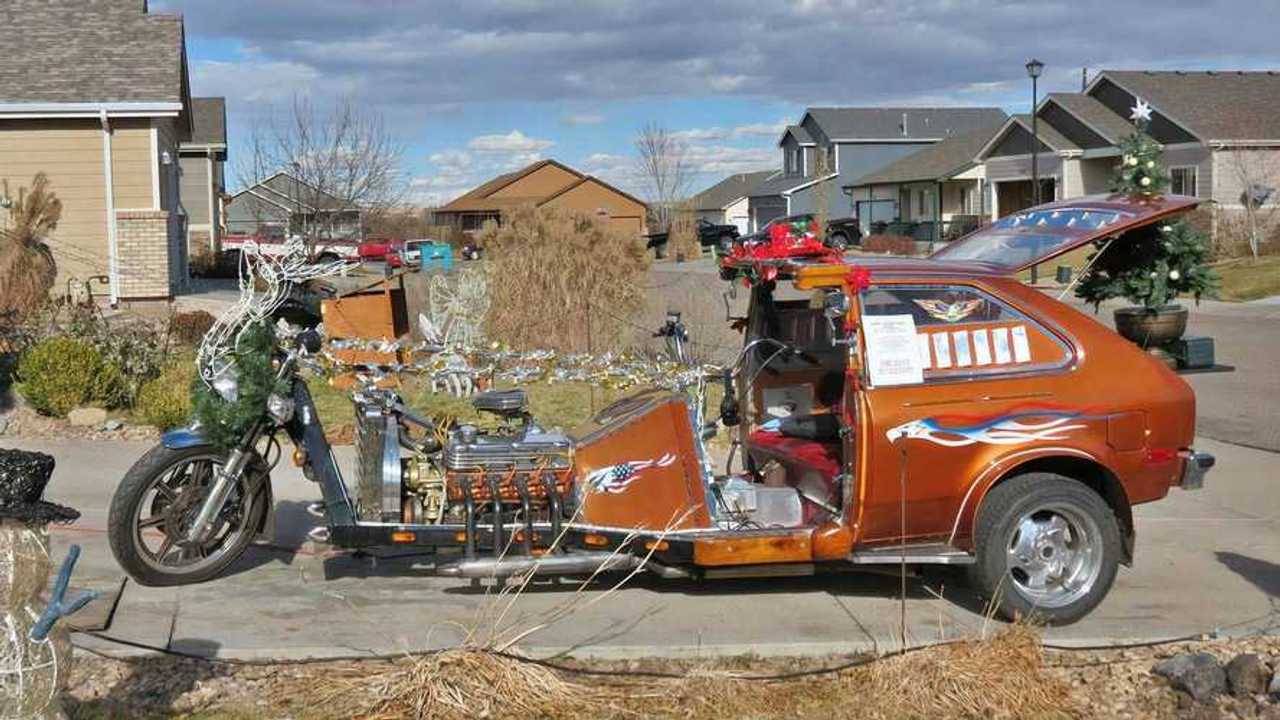 Plenty of room for your entire choir in the back!

December is traditionally the time of year when many of us are thinking about gift-giving. Still, as both motorcycle and car enthusiasts can attest, sometimes classified ads are the real gifts all year long.

I mean, any random person can take totally terrible photos and upload them with a listing. Then, later, they’ll say “I don’t know, I tried to sell it,” when their loved one asks why that [verb or adjective] hunk of [noun] isn’t out of the garage yet. What you’re looking at right now is clearly not that kind of ad—and that’s why it’s sure to put some sparkle in your stocking.

There are customs, and then there are customs. Some might not be your taste, but you can still appreciate all the planning and hard work that clearly went into making them. Others might just be someone going down to their local Autozone or Supercheap or other auto parts store, sticking the whole aftermarket parts aisle on them, and then calling it the C-word. And then, there’s this completely bonkers trike-sleigh-thing, brought to our attention by the fine folks at Gizmodo Australia.

Whenever most enthusiasts utter the words “parts-bin special,” they’re meant as an insult toward OEMs who they perceive as just being lazy. However, if you’re a DIY-er who’s amassed a stupendous array of parts over time, and you manage to make them all somehow work together—that, my friends, is kind of impressive in its own right.

This beast has so many different parts involved, it’s unreal. The listing calls out a Ford 302 V8, the back end from a Chevrolet Chevette, and various bits from Harley, Kawasaki, and a Chevy Vega. Noted Yamaha enthusiast Director Jason also spied a few assorted Yamaha bits and pieces strewn about. Honestly, I’d really like to see a running video of this thing, for multiple reasons. I’d especially like to see it go around a corner, with or without a load in tow.

If you’re ready to load up the kids and hit that holiday road, you’ll need to head to Maumee, Ohio (which is apparently not very far from Toledo) if you want to scoop this gem up. The seller is asking $10,000 for it on Facebook Marketplace, and it’s been listed for about 9 weeks now.