A fan-made livery that would make Marc Marquez proud.

The Repsol Honda team is no stranger to success. With legendary riders like Mick Doohan, Valentino Rossi, Nicky Hayden, and Casey Stoner capturing premier class titles aboard factory machinery, the Repsol Honda partnership has become quite legendary itself. Honda even released Repsol Replica CBR1000RRs to celebrate world title seasons in the past.

Despite Marc Marquez and Repsol Honda’s dominance of the series and six MotoGP championships in seven years, 2020 wasn’t the number 93’s year. In his lone appearance on the grid in the Spanish Grand Prix, Marquez high-sided at turn 3, effectively ending his season with a fractured humerus. The rest of the year saw Repsol Honda near the bottom of the point standings, but that didn’t stop one Marquez fanatic from turning the new CBR1000RR-R SP into a Repsol Replica himself.

Based in Japan, the MotoGP superfan did a commendable job of replicating Marquez’s 2020 RC213V. From the fluo orange wheels to the Red Bull Graphics and iconic Repsol orange-white-red color scheme, the customized Fireblade would make the Ant of Cervera proud. Even with the race livery plastered across the SP’s fairings, the owner managed to keep the recently updated superbike street-legal with mirrors, license hanger, lights, and Akrapovic can intact.

Of course, those road-going model only introduced discrepancies between the race replica and the real McCoy. While the RC213V harnesses a V4 powerplant, Honda equipped the new Blade with a 215 horsepower (claimed) inline-four. The differing architecture undoubtedly impacts the layout of the two bikes and the Honda wings prominently displayed on the RC213V’s subframe doesn’t translate well to the flagship CBR as a result.

We’d be remiss to not call out the integrated winglets on the SP versus the RC’s mustachioed appearance thanks to the humorously long bi-plane wings. Aside from those minor differences, the self-made Repsol Replica is a bang-up job and one worthy of wearing the factory team colors. 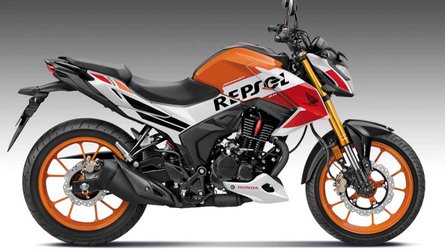 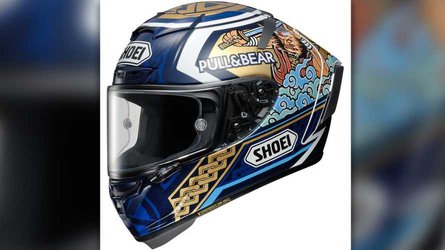