What Two Bikes Will Kawasaki Unveil In January, 2021? 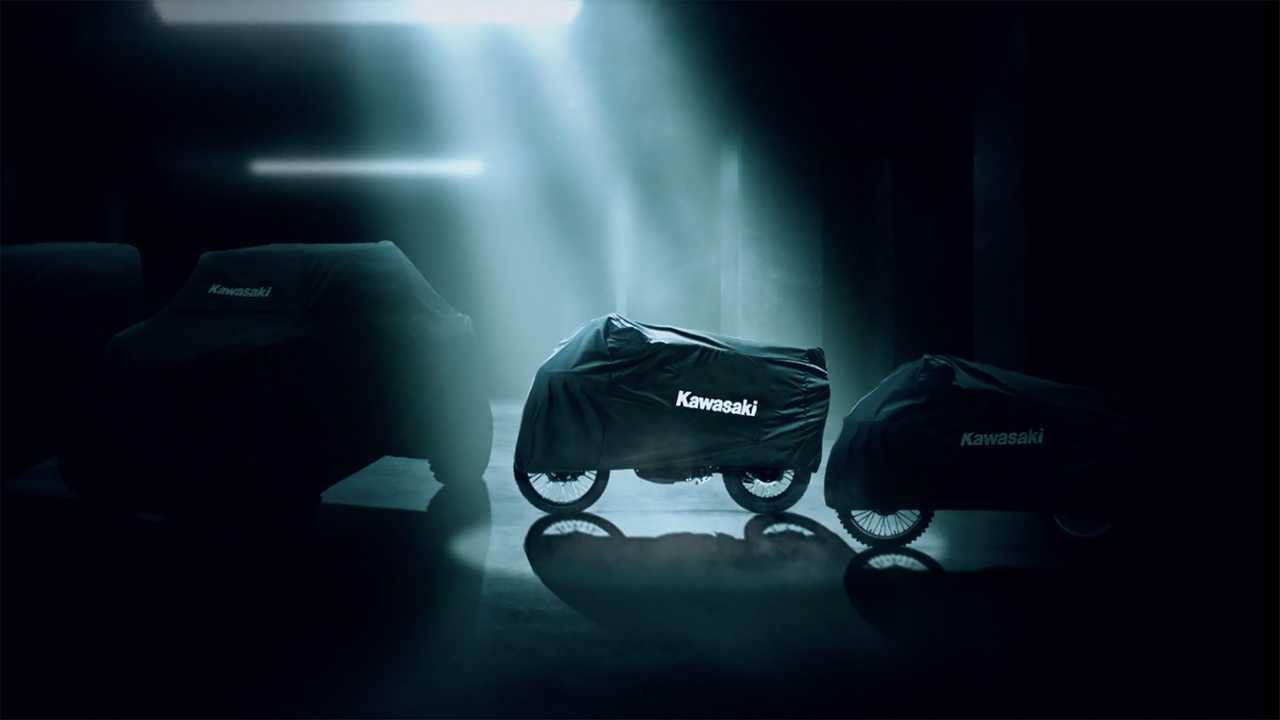 There was a lot of hype surrounding Kawasaki’s November 23, 2020, launch event, especially after the event’s teaser hinted at what the enthusiasts hoped would be a KLR 650 descendant.

While Kawasaki did have a few dual-sports in store for us, it wasn’t the mid-size replacement some were hoping for. Instead, we met the new KLX300 and Kawasaki’s first supermoto in a decade, the KLX300 SM. No adventurer in sight. The good news, however, is that Kawasaki isn’t done: only five out of the planned six new bikes were actually unveiled, with one pushed back to the new year.

On January 26, 2021, Team Green is going to unveil three side by side vehicles and two more motorcycles—one we’re pretty sure is the one carried over from the November launch event while the other one is a new, unsuspected model. Kawasaki shared a new teaser of the upcoming vehicles and what we learn about the two motorcycles is that the smaller one is a full-fledged off-roader while the bigger one is a dual-sport.

Those who were hoping for a proper Kawasaki mid-size dual-sport in November might end up getting it in January. The biggest of the two motorcycles showcased in the teaser image—the one seemingly meant to go from tarmac to dirt and back—is equipped with wire-spoke wheels, shod in what looks like road tires. That bit of information goes hand in hand with the trail-to-road visual used in the clip.

With that in mind, this could finally be the bike the enthusiasts have been waiting for. Whether it’s treated as a KLR 650 descendant or a new branch in the Kawasaki dual-sport tree, we’re ready for the manufacturer to finally get back in the mid-size adventure game.

What about the second dirt bike? That one is a bit of a mystery considering that as things currently stand, all of Kawasaki’s 2021 off-road lineup is up-to-date—or at least, all the existing bikes’ new model-year are now up. This means we’re likely looking at a new model entirely. Does Kawasaki need yet another dirt bike considering it already offers over a dozen models?

Perhaps not, however, dirt bikes are tremendously popular at the moment so the rationale behind the addition of a new model in the segment could simply be to diversify the offer even further.

Maybe Kawasaki is considering a road-legal version of the KX450 or maybe the KLX300 is going to get a competition variant? What do you think is hiding under the covers, or what would you like to see from Kawi?