Only one CVT in this CV3.

The Kymco CV3 is powered by the company’s existing 550.4cc, liquid-cooled, parallel twin. Curb weight is 280 kilograms, or just a hair over 617 pounds. USD forks suspend the paired 13-inch alloy front wheels. The rear is a 15-inch alloy, and you get dual disc brakes up front and a single disc in the rear to stop you.

Not so long ago, the three-wheeled scooter niche was fairly small, and consisted mostly of Piaggio MP3s in various sizes. Depending on the market you’re in, now you can also choose from a Peugeot Metropolis, a Yamaha Tricity, and the new Kymco CV3. The most direct comparison is the Piaggio MP3 500, and it seems as though Kymco sought to edge it out in multiple ways—at least, on paper.

Of course, simple paper calculations can’t tell you everything you need to know about any scoot. Since the CV3 is brand new, and we don’t have crucial information like availability and price just yet—in addition to the fact that no one’s ridden the thing yet—it's impossible to do a fair comparison. Still, you can see exactly where Kymco was aiming. Will they hit the mark with the CV3? It remains to be seen. However, if leaning three-wheeled scoots call out to you, it must surely be nice to have a handful of options to choose from. 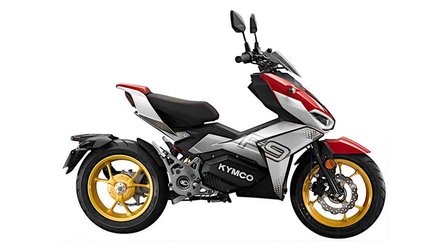 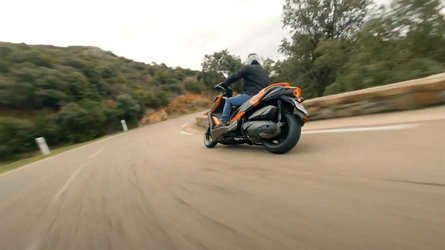