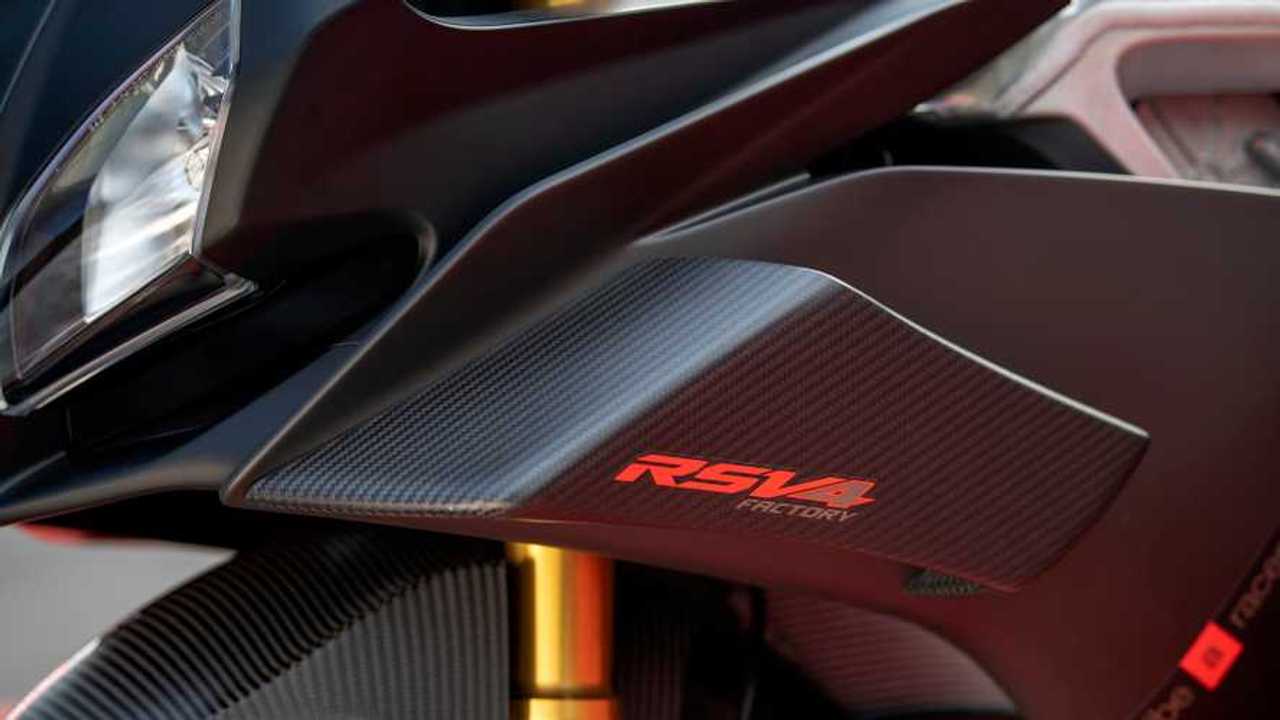 From middleweight to heavy hitter.

If absence makes the heart grow fonder, what does anticipation do? I’m asking because Aprilia clearly is an expert at building up vast reserves of fondness in the hearts of riders around the globe. Just think about all the waiting everyone had to do before the long-awaited RS 660 finally launched.

While initial reviews of the RS 660 are quite positive, back behind the scenes, your favorite OEM from Noale is already on to that new newness. After all, these bikes don’t just update themselves; someone has to put in the work. While we already caught a glimpse of what appeared to be a camouflaged 2021 Tuono 1100 V4 back in August, now the 2021 RSV4 seems to have been spotted in November.

An Italian Instagramer who goes by the rather brilliant and straightforward name of Motomaniaci got the shots. They’re a couple of quick snaps out in the wild, and aren’t the highest quality—but there’s enough to get you thinking about what’s coming for the new model year.

The family resemblance to the lines found in the newly-introduced RS660 is unmistakable. All this makes perfect sense. We’d also infer from the bit of moto math we’ve seen so far that the upcoming Tuono 660 will likely bear just as much resemblance to its larger-displacement sibling, but we don’t want to get too far ahead of ourselves just yet.

Certain things, like Euro 5 compliance and an LED headlight, are simply to be expected from most OEMs introducing new models from the current point into the foreseeable future. What other changes will lurk under the fairings will remain to be seen once the wraps are off, closer to whenever Aprilia officially launches the updated version.

Given the fact that new bike season isn’t over yet, there’s no reason to expect that an official unveiling won’t happen sooner rather than later. We don’t have any official timeframe as yet, but will keep you updated if and when we do.

Is It The End Of The Road For The Aprilia Dorsoduro And Shiver?