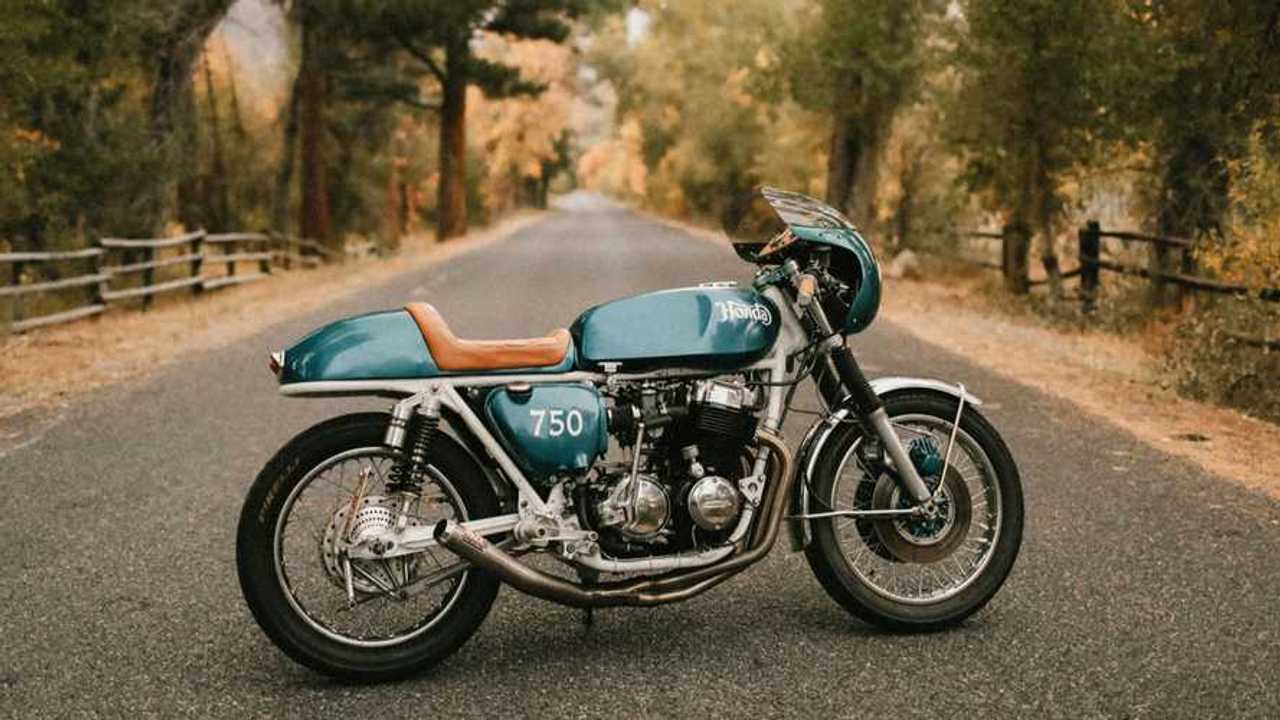 A build to inspire us this winter.

Winter usually means that it's time to stow away our beloved steeds and hang up our motorcycle gear for the next riding season. It also means that it's time to shift our attention away from motorcycles, and into more sensible things like adult responsibilities and whatnot. But does it really? For some, the downtime that winter poses serves as the perfect time to get creative and build their steed in time for the next riding season. This is exactly what Utah resident, Dalton Devore has done, and oh boy, is the result stunning.

Starting life as a 1976 Honda CB750K, Dalton's masterpiece took him a whopping nine months to complete, with a chunk of that timeline set in the harsh Utah winter. For many, Dalton included, winter can be quite a slow season filled with drudgery. With that, he took it upon himself to create a masterpiece and make good use of the downtime. Drawing inspiration from notable British motorcycles like the Nortons of the 60s, Dalton setoff and sketched his design on paper, before executing it in the flesh—or should I say, metal.

With this in mind, the goal for this build was to create the perfect marriage between classic British styling, and the rock solid reliability of Japanese machines. Purchasing the donor bike as simply a rolling chassis without an engine, Dalton set out to source an engine, as well as all the other underpinnings needed to bring this creation to life. After several hours of hard work cleaning up the stock frame and adding a custom cafe racer tail loop outback, the bike's frame was beginning to take shape—now sporting the unmistakable cafe racer stance.

Moving on to the heart of the beast, Dalton was able to source a fully rebuilt engine sporting an HRC CR750 crankshaft and stator, as well as forged internals. This particular engine had been bored out 836cc, with a fully ported head, upgraded cams, uprated valve springs, and a fully rebuilt bottom end. Needless to say, the heart of this beast was undoubtedly much, much stronger than stock.

With the most difficult part of the build sorted, Dalton turned his attention to retrofitting a slew of performance accessories to complement the bike's new-found power. For starters, a Cognito Moto triple tree, as well as rear-set conversion kits were fitted onto the bike to give it a more aggressive and sporty stance. All electricals have been redone and are governed by a Motogadget M-unit, with a few doodads from the same brand adorning the switchgear and turn signals.

The cherry on top of this magnificent build is the completely bespoke seat cowl, which was crafted by hand. The leather-upholstered seat, inspired by a barber's chair was also hand crafted to suit the bike's style seamlessly. Lastly, a Yamaha XS750 fuel tank was meticulously modified to fit the CB750 frame. Finished in a cool shade of turquoise, the Honda emblem painted onto the tank resembles the classic Norton logo—a nod towards the inspiration for this build. Overall, this custom creation looks and performs absolutely amazing, and I'm pretty sure that this custom Honda CB750K Cafe Racer will be ripping it for many seasons to come.