This Custom Harley-Davidson Puts The Sport In Sportster 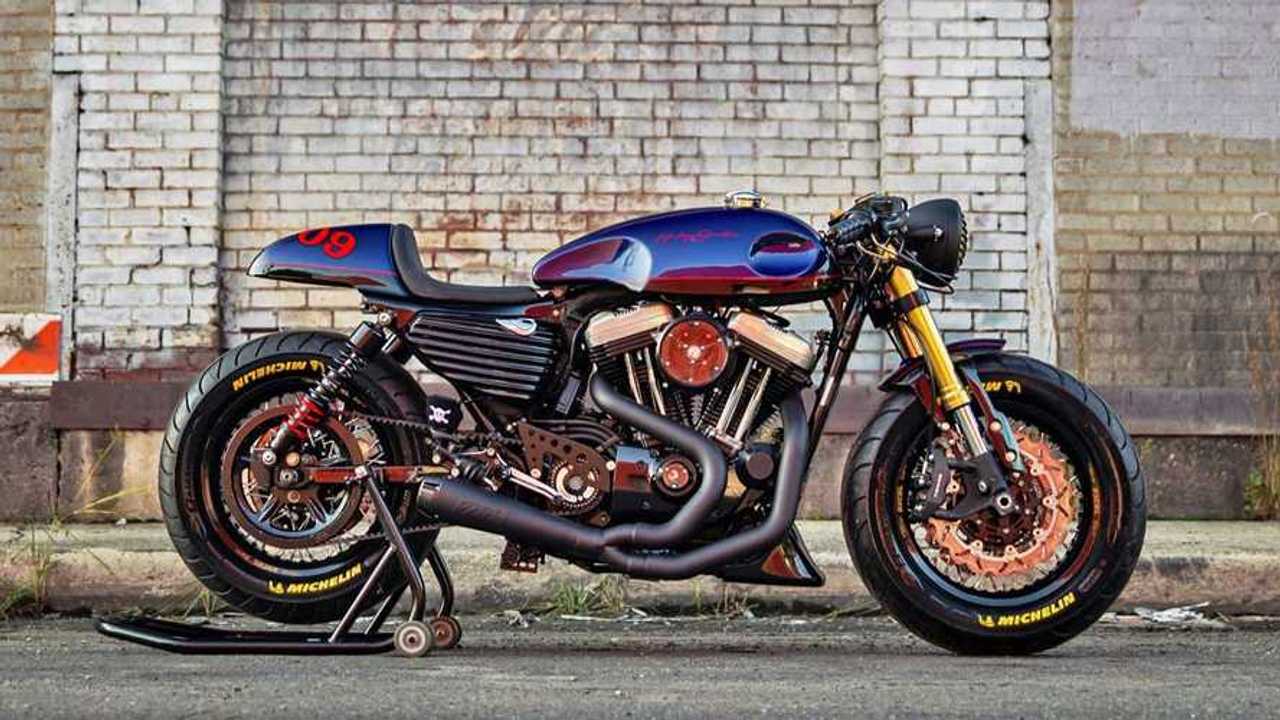 At first glance, you wouldn't think this was a Harley-Davidson Sportster.

Perhaps one of the most aesthetically challenging tasks in the custom bike world would be transforming a cruiser into a cafe racer. To the uninitiated, the two bear many similarities—what with a round headlight, cropped rear seat, and overall retro-styled looks. However, a keen eye would be able to tell of some subtle, yet critical differences as far as ergonomics and stance are concerned.

Cruisers for one, sport laid back and relaxed ergonomics. This is evidenced by relatively high handlebars, a low seat, and forward set controls. Cafe racers, on the other hand, have a level, if not hunched over bone line, and sport ergonomics similar to that of sportbikes. That being said, this custom 2007 Harley-Davidson Sportster caught my attention simply because of how its transformation from cruiser to cafe racer was so well executed.

This stunning cafe racer is Scott McKee’s first ever custom build. However, looking at this bike and the level of craftsmanship it boasts makes you question the previous statement. That being said, Mr. McKee is no stranger to the world of automotive fabrication. After all, he and his father own a paint and body shop, as well as a stock car racing team, McKee Motorsports. With that, he set forth on a meticulous journey in transforming the Sportster into his dream cafe racer build.

The result of meticulously synergizing a slew of parts, Scott started out by upgrading the Sportster’s handling, and addressing the cruiser’s lazy stance in the process. He did this by adapting a Suzuki GSX-R front end to fit the frame of the Harley Sportster. The rear was subsequently lifted with the help of Harley-Davidson specialists, Burly Brand, by way of a pair of 15-inch Stiletto shocks. With help from Cognito Moto, the bike’s wheels were swapped out in favor of retro-styled 16-inch spoked wheels wrapped in chunky tires.

With the Sportster no longer looking like a Sportster, McKee turned his attention towards performance. With the Harley-Davidson V-twin already pumping out adequate power, a Two Brothers Racing Comp II exhaust system mated to a free-flow air filter allowed the bike to breathe more freely, unleashing a few more ponies in the process. Of course, a Power-Point Dynojet power commander keeps everything in check

To top things off, the Sportster was finished in a combination of Porsche 911 Gentian Metallic Blue complemented with black and red accents. Tasteful yellow highlights adorn the wheels and headlight lens to give the bike a more aggressive and retro look. Overall, Scott McKee and everyone involved in the build of this amazing machine did a stellar job in transforming an already amazing machine into something completely bespoke.

Can A Honda Gold Wing Make A Good Café Racer?