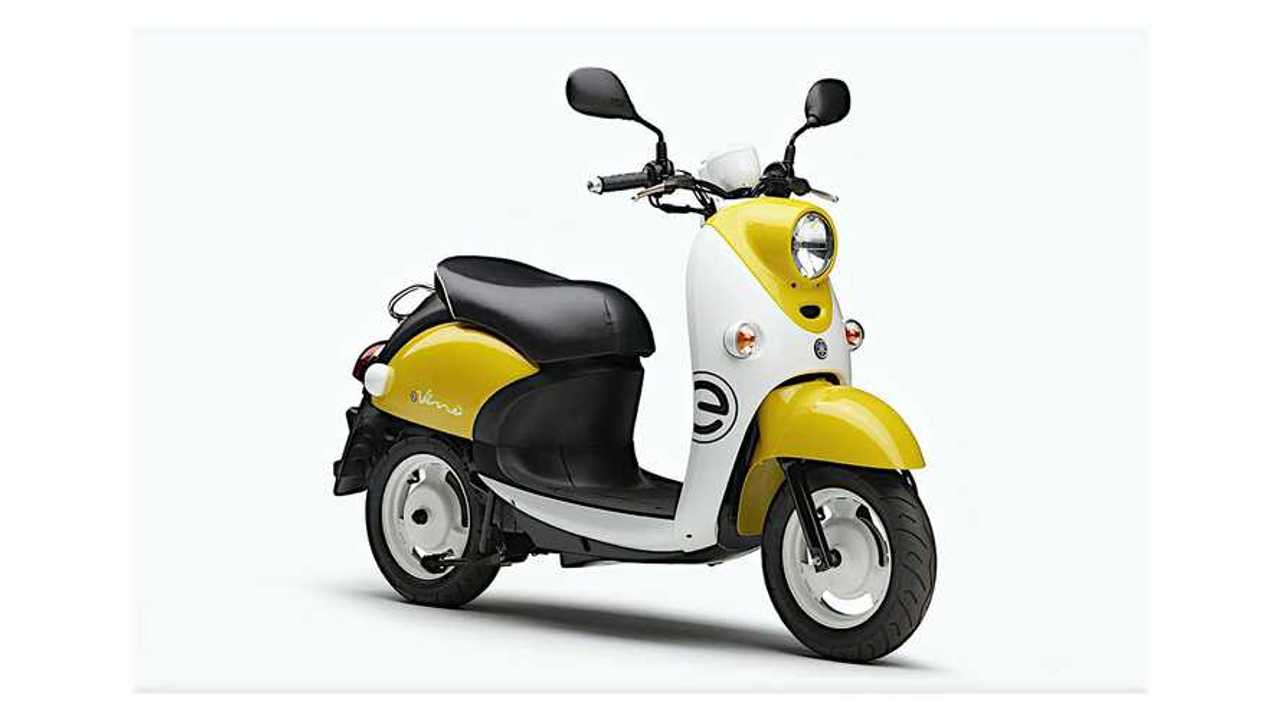 For your cutest, quietest commuting needs.

We first heard rumblings of a Yamaha e-Vino back in 2018, but your favorite Iwata-based OEM has been pretty quiet on the electric vehicle front—until now. Fast-forward to October 14, 2020, and the EV (very clever abbreviation, Team Blue) officially made its Japanese debut.

Sans battery, the new e-Vino weighs just 68 kilograms—or about 150 pounds. Add in the 50V lithium-ion battery, and it’s an increase of just 6 kg (or slightly over 13 pounds).  It’s both cute and lightweight, which seems potentially enticing for new riders who have never thrown a leg over a scooter (or bike) before.

It’s clearly meant as a small-scale urban vehicle, as the range on a full charge is just 29 kilometers (or 18 miles). This range can be bumped up to 58 km (36 miles) with an optional spare battery. Charge time is about three hours using a standard Japanese wall outlet. That time seems reasonable if you’re commuting between work/school and home, since you’ll probably stay at all those places more than the three hours it takes to recharge.

The LCD display is both clear and adorably laid out. How many other electric scoots let you know you’re low on power by means of a turtle light? While it may not exactly be a selling point for this scoot, there’s no denying that it’s a total bonus with purchase. You also get a Standard and a Power mode, and there’s a Boost function that bumps up the power for 30 seconds to help you deal with hills. It’s not clear what effect using Boost has on your battery life, however.

MSRP is 259,600 yen, or about $2,505. There’s also currently a Japanese government electric vehicle subsidy that the e-Vino qualifies for, which will save owners about $250 if they meet certain conditions. To qualify, a vehicle must be for personal use only, must be the first EV a person has purchased, and must be kept in that person’s possession for at least three years.

Normally, this is the part where I’d tell you it’s only been released in Japan, and we have no idea when or if it will be released anywhere else. It’s also where I’d tell you that we can easily see it being released in other places where electric scooters are gaining popularity, such as Taiwan. Perhaps some other Asian countries, as well, but we can’t say for sure, etc.

However, thanks to a European Patent Office application filed in 2018 and published on November 4, 2020, we have reason to suspect the e-Vino might eventually make its way to Europe. Such an application is obviously no guarantee that this will happen—but it does at least tell us that Yamaha was, at one point, considering it seriously enough to keep its options open.

We also know that Yamaha is currently testing swappable battery tech that it co-developed with Honda, Kawasaki, and Suzuki as of September, 2020. Given the timing of the e-Vino's release, it clearly doesn’t feature this new tech—but there’s no reason to think that it might not show up in a future redesign, as well as in additional electric two-wheelers down the road.