Osaka University will be a school and a test facility for the new tech.

In April, 2019, we told you that Japan’s Big Four motorcycle manufacturers—Honda, Yamaha, Kawasaki, and Suzuki—were forming a consortium to work on swappable battery tech for electric two-wheelers. So far, so quiet—but as of September, 2020, we’re seeing some encouraging forward movement from the team.

The four companies are running a large-scale demonstration test in collaboration with Osaka Prefecture and Osaka University, and it’s starting sometime in September, 2020. They’re calling it “e-Yan Osaka,” and will be providing electric two-wheelers to students and staff at the University to ride and use in the course of their daily activities. They’ll also be setting up charging stations and monitoring how well things work together, as well as any pain points that need to be addressed.

While avid followers of electric two-wheelers and/or Honda are probably already aware of the Benly:E (Shoulda called it the Benl-E. Bad move, Honda. - JM) and/or the PCX Electric scooters that Big Red already developed, it’s unclear whether this will have any bearing on the Consortium’s work as a unit, according to Young Machine. The group is looking to analyze convenience, usefulness, and how a shared common specification can work in the real world.

The question of what two-wheelers will be involved is an interesting one, though. Honda, Yamaha, and Suzuki all appear to have brought electric scooters to the party—but can we take this image to mean that Kawasaki is finally moving ahead with the Concept J? After hinting about it possibly not being consigned to the dustbin of forgotten concepts with a promotional video in 2018, we hadn’t heard or seen anything else about it until now.

Now, it could just be a placeholder image, and we admit that’s a possibility. Still, it’s kind of a hilarious comparison, and you can see that Kawasaki’s representative looks pretty pleased with himself. I mean, wouldn’t you be? If that is a real thing that Kawasaki has somewhere in the pipeline, it will definitely stand out from every other electric vehicle on the market—and they’ll all go (team) green with envy, even as they grudgingly stop to swap batteries. 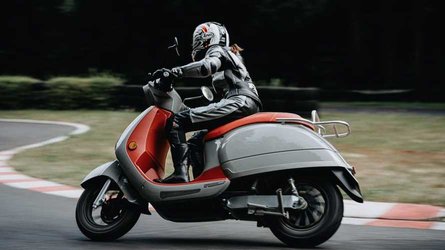 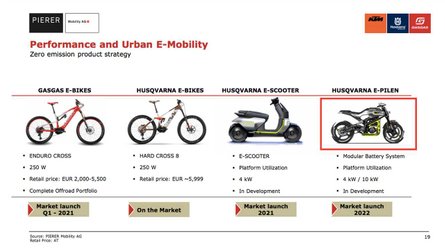 Husqvarna Will Introduce Electric e-Pilen After The e-Scooter
By: Janaki Jitchotvisut
++
++
Got a tip for us? Email: tips@rideapart.com