Harley-Davidson Pan America Preorders Seem To Be Open In Italy 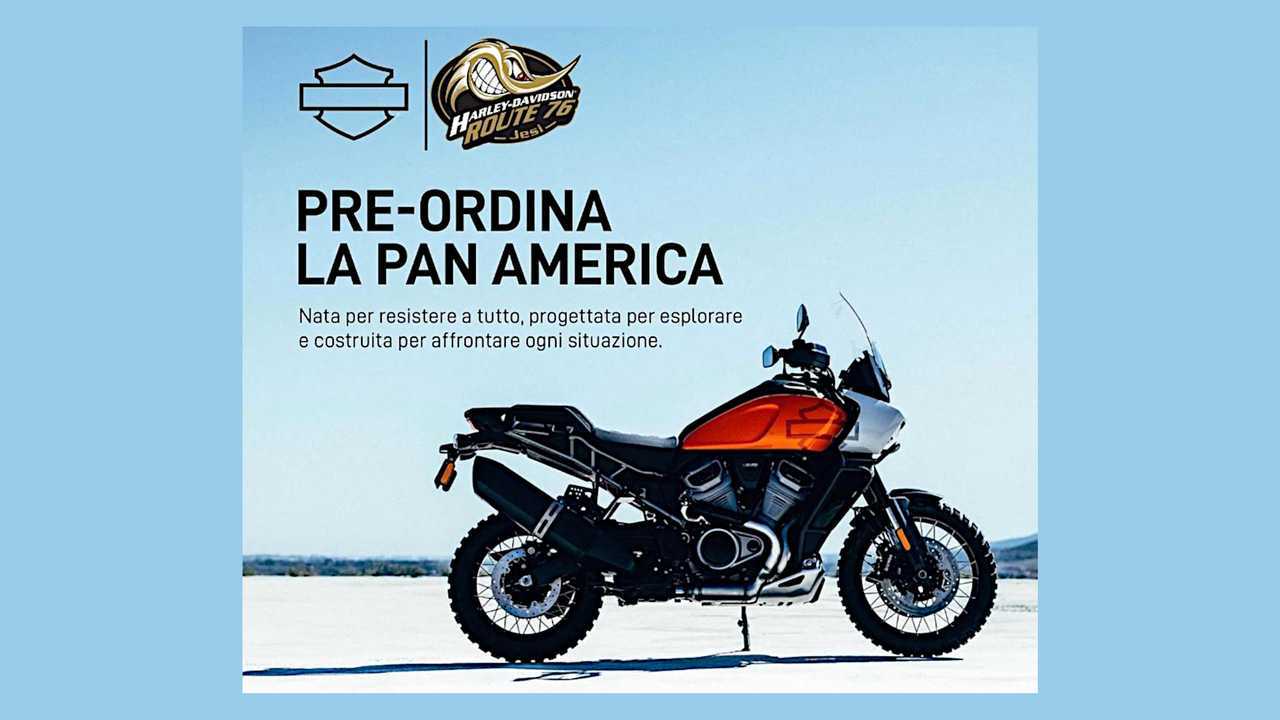 A prototype is currently touring Europe ahead of launch.

The last two years have been a wild ride for the Harley-Davidson Pan America. With all the momentous changes that the Motor Company has undergone in 2020 alone, the future for its first-ever adventure bike looked uncertain. Luckily, it escaped the back-burner uncertainty of the Bronx, and instead simply ended up delayed until Q1 of 2021.

Things had been pretty quiet on the Pan America front since August—but that’s understandable, given the twin prongs of challenging times at Harley and new bike season looming just a couple of months ahead. Now we’re at the end of October, where new model announcements and 2021 lineup information is coming thick and fast, from every angle—and the Pan America just rolled back into frame.

It seems that Harley-Davidson has been touring a very clearly marked Pan America prototype bike around to dealers across Europe, in anticipation of its Q1 2021 release. Current expectations are that it will roll out some time in March, although as with all future releases, that could change in the coming months.

So far, it’s hit dealerships in both France and Italy, with some Italian dealerships already taking pre-orders. We still don’t have anywhere near as many details as we’d like—including price—but if you already know that you need this bike, you can put money down on it right this second, if the geography is right.

European Harley fans are likely relieved that the Pan America isn’t housed in a big Lucite case, like some giant model or art piece. While it is cordoned off to discourage people from touching or sitting on it, at least you can view it reasonably unimpeded. If you have a decent camera, you can also take a few snapshots to zoom in on later and hopefully see details that may not have immediately been visible from where you stood.

Since the model currently touring European dealers is labeled as a prototype, that of course means some things may still change by the time the production bikes roll out. At present, it’s pretty similar to what we’ve seen so far, and is sure to remain as divisive a design as it’s been from the beginning. How do you feel about it? Do you want one? Would you pre-order today if you could?