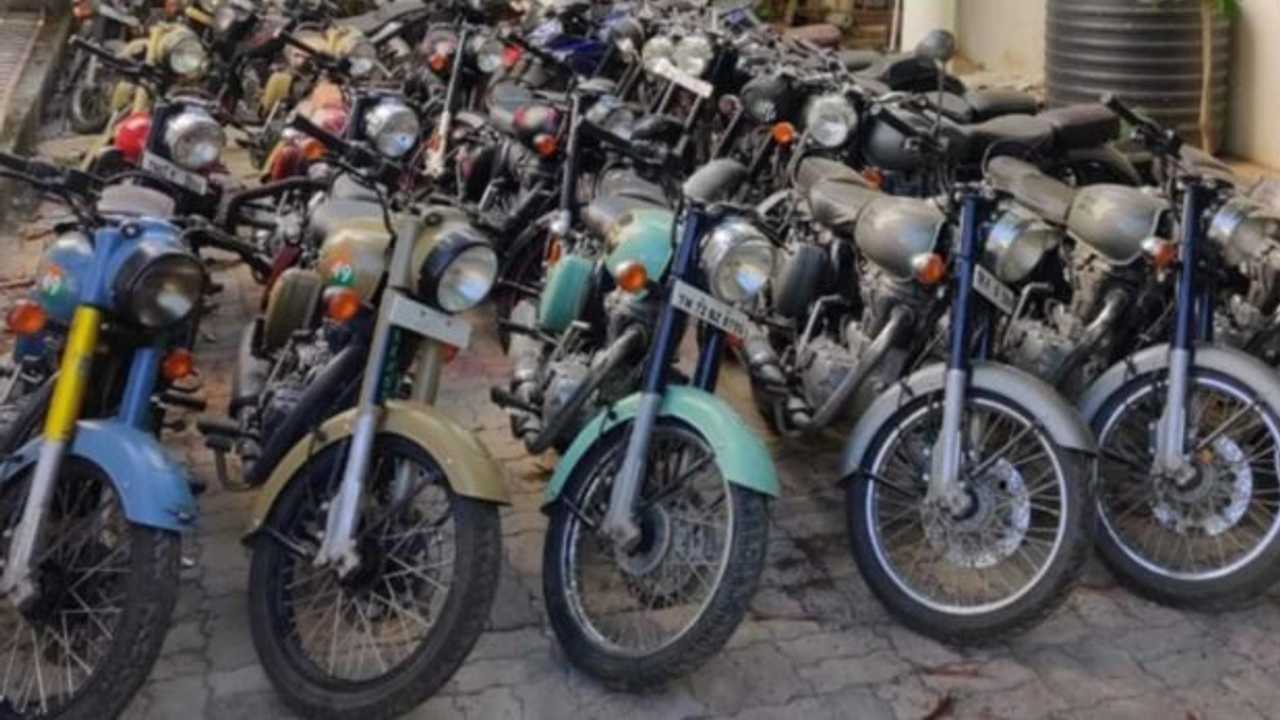 An extensive investigation was carried out.

Perhaps one of the greatest fears any motorcycle owner has would be waking up to find their precious pride and joy missing from their garage—or worse, having their bikes forcefully taken from them. Unfortunately, the reality of life is such that there will always be people out there with the intention to do harm to us as well as our property, regardless of the motive.

Such was the case in India, when a policeman recently uncovered a batch of 26 stolen Royal Enfield motorcycles after an extensive investigation. In total, the gang of thieves consisted of 10 individuals, and had quite a meticulous way of stealing bikes and making sure they wouldn’t be tracked—too bad for them though, as several arrests were made, and the bikes were recovered.

What started out as a complaint from another police officer who had his Royal Enfield stolen, turned into a deep investigation which involved 24 other police stations, and several stolen motorcycle reports over the past couple of years. The head constable adopted a meticulous effort in tracking down the thieves by monitoring 56 days worth of CCTV footage in the affected area, until they were able to pinpoint who exactly stole a particular motorcycle. Once a suspect was confirmed, they repeated the process until all accomplices were uncovered.

It would appear that the thieves took great efforts in concealing the bikes and tricking police into losing track of them by using a blindspot location, devoid of any CCTV cameras. Much to their dismay, however, the cops were hot on their tracks. As it would appear, the thieves were selling the stolen bikes for dirt cheap—around Rs 30,000 to 40,000 as opposed to their retail prices of close to Rs 2 lakh—on WhatsApp group chats. To track them down, authorities acquired more than 200,000 mobile numbers and filtered them down until only 19 suspects remained. From there, they realized the culprits were actually using fake IDs when selling the stolen bikes.

Using undisclosed tactics, the police were able to uncover the true identities of the thieves, and were able to locate a number of them in rented lodges. With that, multiple arrests were made, and the stolen bikes were subsequently recovered.

Your Can Now Be Your Favorite Avenger With The TVS NTorq

Is Honda India Considering A Hornet 2.0-Based ADV Bike?