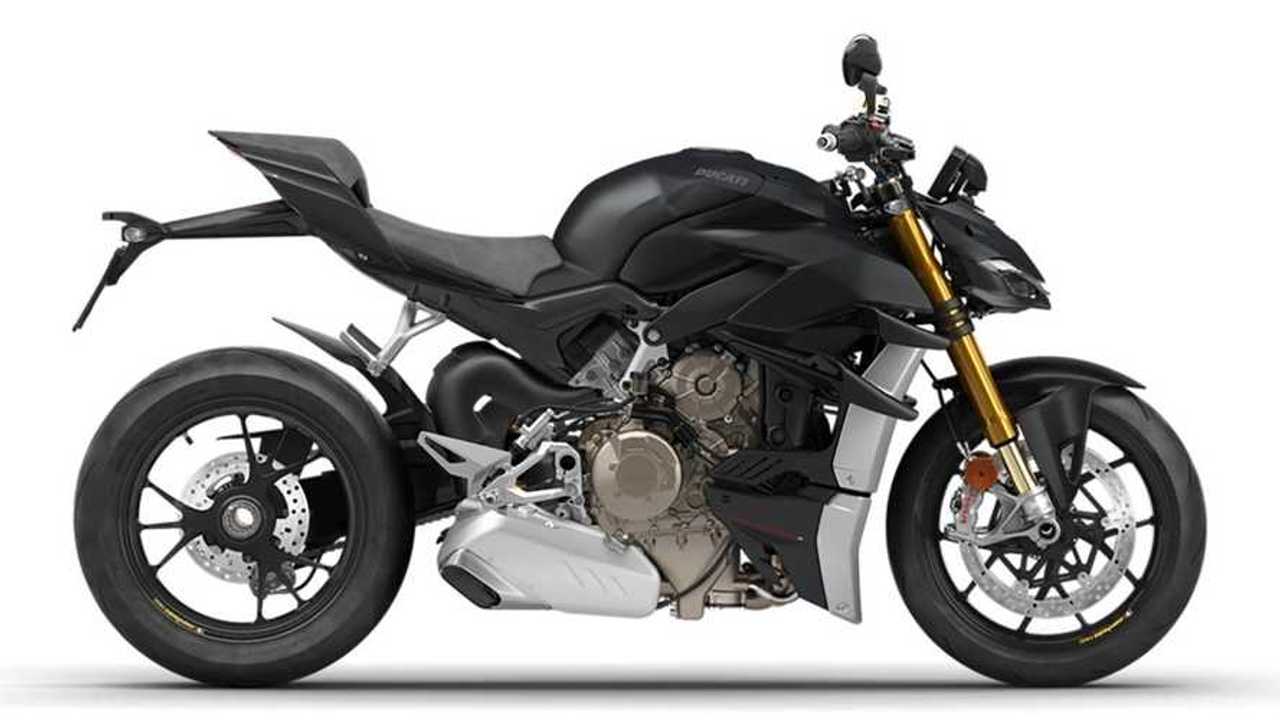 When you think of a Ducati sportbike you think of one color: red. Like fellow Italian manufacturer Ferrari, Ducati drapes its models in the striking color to relay just how exotic and expensive they are. While sticking to that iconic paint scheme is great for brand identity, it can be limiting to potential buyers. Such was the case last year when the Streetfighter V4 burst onto the scene in Ducati Red (and only Ducati Red). Luckily, for 2021, the Bologna bullet will gain a new Dark Stealth livery and full Euro5 compliance.

Similar to the Scrambler, Scrambler 1100 Pro, and Monster before it, the Streetfighter V4 S will go to the dark side with a new matte black finish. Silver accents around the comically large radiator, footpegs, and exhaust cover contrast nicely with the new paint and subtle script graphics in Ducati Red remind us of its lineage. The blacked-out paint job will only be available for the V4 S model, and while US pricing hasn’t been released yet, Visor Down reports that the UK version will run customers £300 ($391 USD) more than the standard red.

Aside from the cosmetics, the Borgo Panigale firm needed to update the model to meet the latest Euro5 emissions standards. Bringing the Streetfighter up to snuff required new materials and larger catalysts in the exhaust. The engineers also introduced an oxygen sensor in each cylinder and updated the rear cylinders manifold to be shorter and narrower, rerouting the path of the exhaust in the process. Other than the Euro5 improvements, the stealthy streetfighter gains new front brake pumps and a self-purging clutch that were found on the Superleggera V4.

Despite the engine rework, Ducatisti should rest assured that the 1,103cc V4 retains its 208 horsepower and 90 lb-ft of torque ratings. However, peak power is now achieved 250 rpms higher at 13,000 rpm while reaching the top torque figure drops from 11,500 rpm to 9,500 rpm. Though the newest Streetfighter isn’t red, it should be a welcome new addition to the V4 family when it reaches dealers in November 2020.