What Is The Aprilia RS 660 Trofeo, And How Excited Should You Be? 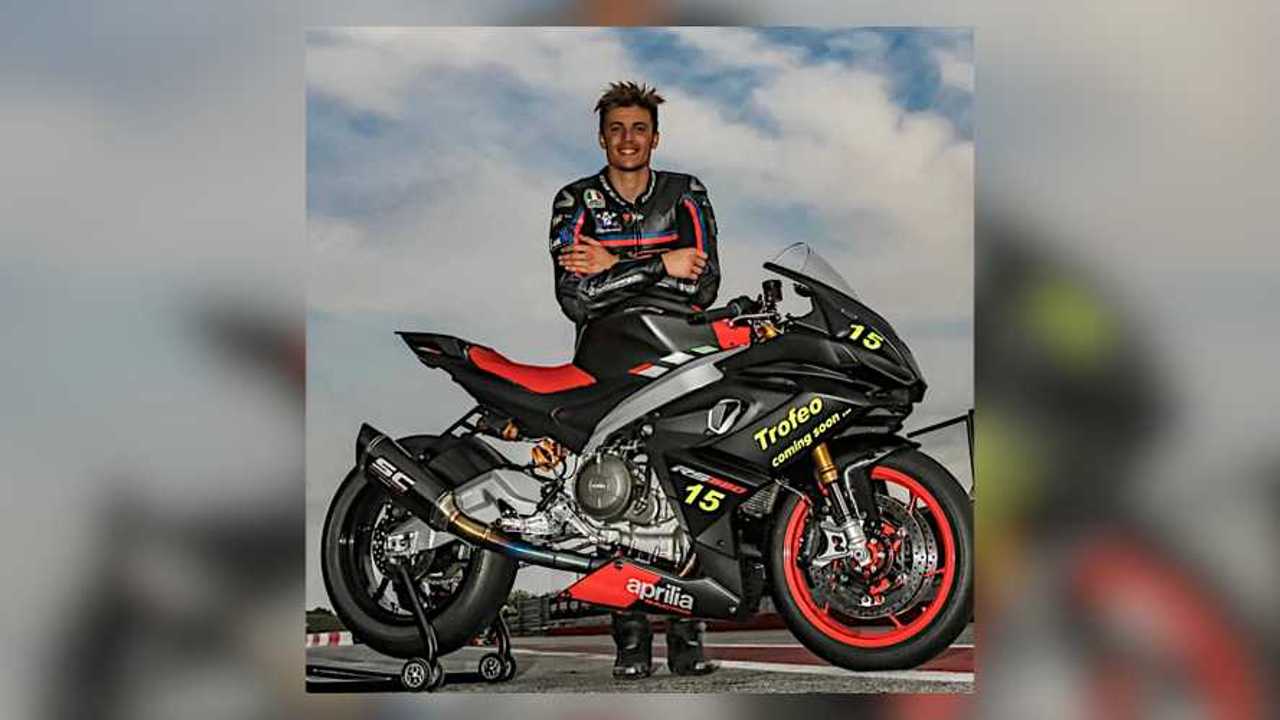 With the official launch of the Aprilia RS 660 seemingly just around the corner in Fall, 2020, it’s good to know that our favorite OEM from Noale hasn’t been slacking. Are we already talking about a track-ready RS 660 variant, an entire one-model race series, or what?

All the speculation started when official Aprilia tester Tommaso Marcon posted this image on his Instagram, along with a caption that reads, “COMING SOON.” The image depicts a visibly track-prepped RS 660—minus mirrors and headlights, plus an SC-Project exhaust—with Marcon grinning as he stands behind it and leans slightly on the tank.

Just a little while later, SC Project itself posted a slightly different angle of the same shot, which shows a bit more of the bike in the frame. Its own caption reads, “First test for the Aprilia RS 660 Trofeo with @tommasomarcon, Aprilia tester and MotoE rider!” Both photos were taken in the paddock at Cremona Circuit, Italy.

Can we take this to mean that Aprilia plans to offer a track-only RS 660 Trofeo bike? It’s exactly the kind of move the company has made for years, including track-focused variants like the RSV4 X, and more recently the Tuono V4 X as well. Such a bike could be offered as a middleweight factory race option for both teams and individual customers alike, and absolutely zero people familiar with Aprilia’s previous MO would bat an eye about it.

Could this also indicate an impending one-model racing series, where every rider flogs a factory-prepped RS 660 Trofeo around various Italian or even broader European tracks? That’s certainly not outside the realm of possibility, either—although we have no way of knowing for sure at this point in time.

For Aprilia, the hashtag #bearacer isn’t about a magical ursine racing league, much as I would absolutely love it to be. Instead, it’s about human motorcycle racers—both amateurs and professionals—going out and taking to tracks around the globe, and hopefully relying on finely tuned Aprilia racing machines to do so. While we might not necessarily have expected the name “Trofeo” to pop up, probably anyone even vaguely acquainted with the concept of Aprilia’s existence could see either option (or even both!) coming.