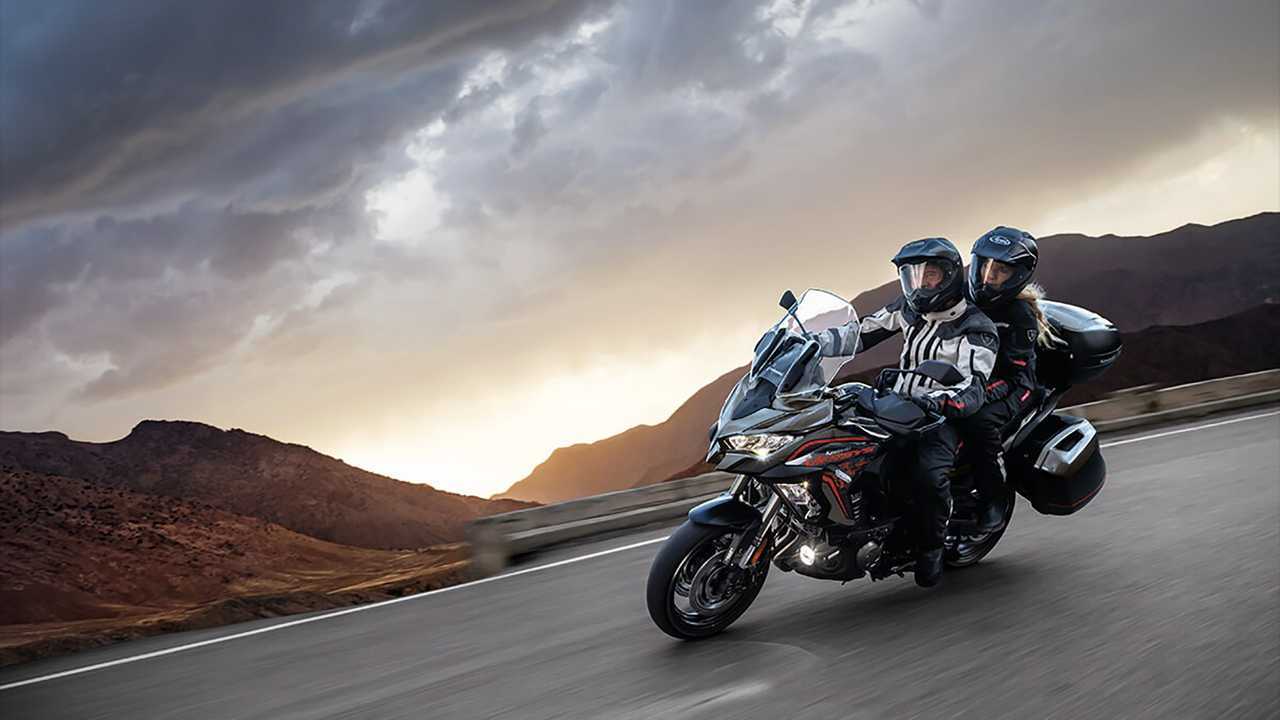 Aside from a new selection of colorways—including a swanky new turquoise livery—changes to Kawasaki's 2021 returning models are light-handed. We’ll have to wait to November 23 for the really exciting stuff.

Not all the 2021 changes are limited to new colors, however. The new Versys 1000 SE LT+ receives a relatively significant upgrade. In addition to its sultry new black, grey, and red livery, the Versys flagship also gets a new high-tech suspension.

The sport-tourer was already equipped with Kawasaki’s Electronic Control Suspension (KECS), a system that allows the rider to adapt the suspension’s damping to the road surface and optimize rear preload to for the presence of luggage and/or a passenger. As the “electronic control” suggests, the rider adjusts the KECS via the onboard computer and any changes in the settings apply almost immediately.

For 2021, Kawasaki upped the ante and combined its suspension system with Showa’s Skyhook Electronically Equipped Ride Adjustment (EERA). Skyhook doesn’t add sensors to the KECS collection but rather changes the system’s algorithm, or how KECS analyses the data and behaves.

Kawasaki describes the technology as follows: “The Skyhook concept imagines a hook supporting the motorcycle’s sprung weight and modulates the suspension’s damping force to allow the wheels to track road dips and bumps while maintaining the motorcycle’s vertical position with minimal disturbance.”

Simply put, KECS and EERA work together to stabilize the Versys and reduce the amount of up-and-down travel on bumpy surfaces.

All technologies come at a price and Showa’s Skyhook is no different. Armed with its new high-tech suspension, the 2021 Kawasaki Versys SE LT+ is now priced at $18,199—a $200 premium over the 2020 model.