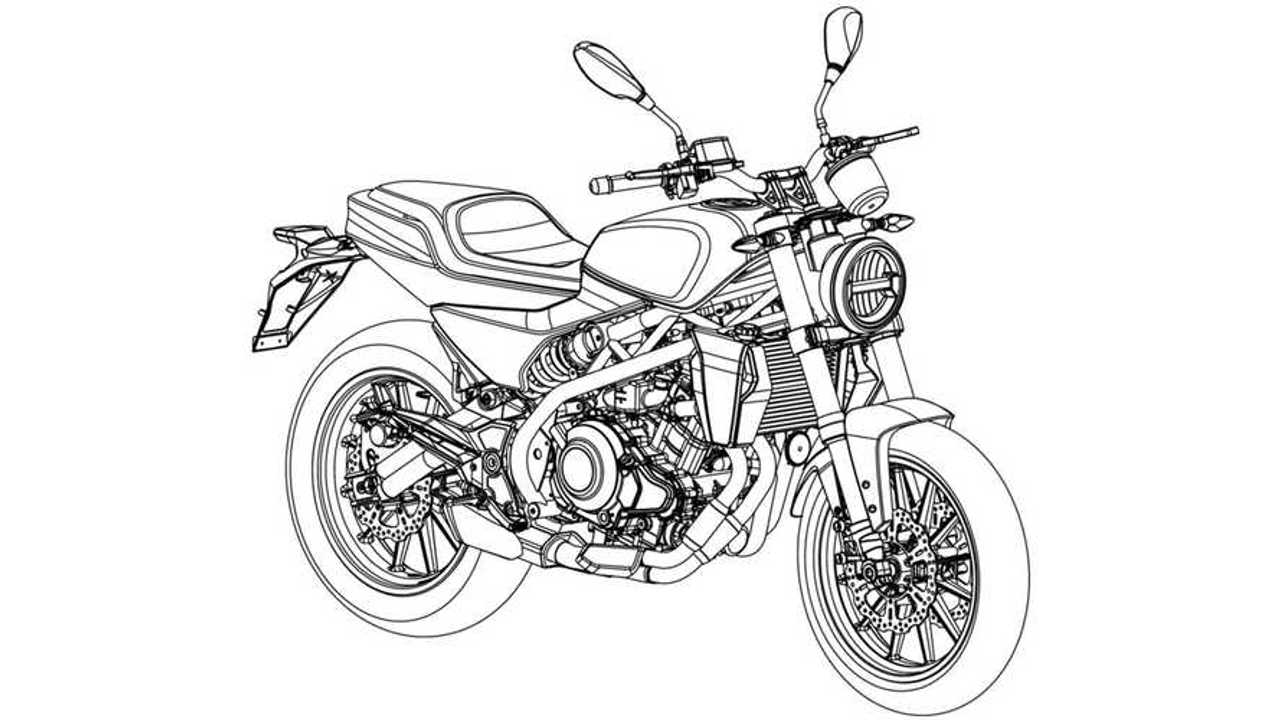 We’ve been talking about a Chinese-sourced baby Harley-Davidson for well over a year now. Rumors of a sub-500cc model to be introduced on the Asian market in collaboration with Qianjiang surfaced in the summer of 2019. We have since seen renders of the upcoming Harley/Qianjiang small displacement bike and, more recently, a zoomed-in spy shot that gave us our first official glimpse at the model in the metal.

We had yet to see the production bike in full, however, as not even Qianjiang unveiled its version of the Bar and Shield model. While we wait for a formal launch, we finally get our most complete look at the model yet thanks to a collection of patented renders published on September 25, 2020.

We already know that, while the HD 338R will rock the Motor Company’s badge, its underpinnings will be the same as the QJ 350 and Benelli 350S. Sure enough, when we put the 338’s patent and pictures of the new QJ side by side, the similarities stand out. From the trellis frame and off-set rear shock to the shape of the engine cover and exhaust system that ends on a short, low-slung muffler.

The biggest difference is of course aesthetic as the Harley version of the model’s silhouette is reminiscent of the LiveWire, XR1200, and even the Pan America—or pretty much what happens when the historical brand designs anything that’s not a cruiser. Simply put: the look is undeniably Harley, especially compared to the QJ that looks more like a sport naked model à la Kawasaki Z.

By the looks of it, the 338 is also equipped with a dual-sided swingarm, a pair of brake discs at the front, an inverted fork suspension, and what could be LED lighting.

The model was initially set to debut in June, 2020, but between a global pandemic and a serious clean up at Harley, the bike has yet to be unveiled. Qianjiang recently unveiled a flock of new and/or updated models at the China International Motorcycle Trade Exhibition but no Harley 338R.

It's Come A Long Way: