This Electric Flat Tracker Concept Is Both Futuristic And Classic

Some designs are timeless. From café racers to cruisers, from standards to sportbikes, there are certain aesthetics that withstand the test of time. When engineers embark on an electric motorcycle project, form typically leans one of two directions: futuristic or retro. Unshackled from the design restriction of internal combustion engines, designers hold the power to manipulate the motorcycle’s blueprint to their advantage. Despite the limitations, Toby Roberts of Australia’s Ed Motorcycles decided to draw from timeless flat tracker designs for the Concept Z electric prototype.

With simplicity at the heart of the build, Roberts focused on the frame, body box, and battery. First, the Aussie fabricated a 4130 Chromoly trellis frame. CAD modeling helped determine the pickup points for the body box, which simultaneously acted as a stress member of the chassis and a mount for the battery. Out back, the all-in-one piece also houses the electric motor and swingarm connection point.

“The motor is mounted to the frame by an elaborately designed CNC’d adapter which performs three functions,” Roberts told Pipeburn. “It holds the motor securely in place and concentric with the swingarm pivot, allows the swingarm to pivot through its full degree of motion and provides an additional thermal mass for improved motor cooling.”

Along with the heat dissipation, a hidden ram air duct cools the front of the motor, helping the Zero 75-7R unit produce an optimum 70 horsepower and 115 lb-ft of torque. While those numbers loosely align with a Harley-Davidson Big Twin’s output, the Ed Motorcycles design allows users to bolt on more powerful motors as the technology continues to evolve. Unlike the motor, Roberts built the battery in-house with 123 AMP20 pouch cells and slung low on the build’s frame.

While the battery’s proximity to the tarmac leaves us a bit trepidatious, the Concept Z theoretically solves the “fuel up high” steering issue. When it comes to handling, a set of Yamaha YZF-R6 forks suspend the front end while a modified shock from a Honda CR85 provides support out back. The 19-inch wheelset is a custom setup with Excel rims and SM Pro hubs all wrapped in Mitas flat track rubber. The massive rear sprocket probably makes wheelie fiends salivate but the wavy rotors also reassure the cautious riders out there.

Of course, the flat track styling is evident with the Knight-style tail section and the low-profile faux gas tank. Though the Concept Z looks like it’s in pretty good shape, the project is still undergoing changes with Roberts looking to mount a digital displace in the composite “tank”. The project’s development status is most evident in its minuscule LED rear light and lack of indicators. Only time will tell if Concept Z’s design is timeless, but with its simple lines and modular technology, the bike itself could stand the test of time.

Rock Down To Electric Avenue: 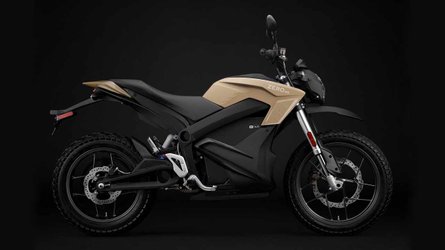 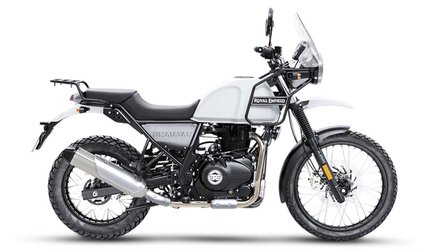