All riders involved escaped serious injury, but here's what happened in Austria.

Did you watch any of the 2020 Austrian MotoGP weekend? If you did, you probably know what we’re going to talk about. If you didn’t, well, luckily for you, this is the Internet, where infamous incidents live on indefinitely in video form, because this weekend is a thing you truly have to see to believe.

Major crashes in both the MotoGP and Moto2 classes were absolutely heart-stopping to see. Thankfully—and amazingly—everyone involved managed to escape without major injuries. Keep that in mind as your heart jumps into your throat when you’re watching these multi-angle crash videos.

In Moto2, championship leader Enea Bastianini had a high-side coming off of a bend, over a crest, and right in the middle of the track. The rider managed to get himself out of the way, but his Italtrans Racing Team Kalex bike remained in an incredibly dangerous place, just out of sight over the crest if you’re a rider coming up on the turn.

Openbank Aspar Team rider Hafizh Syahrin was right behind him, and ran straight into the stricken bike that was laying across the center of the track. He was immediately taken to the medical center for a checkup, but never lost consciousness and reportedly only has some minor bruising. Federal Oil Gresini Moto2 rider Edgar Pons hit some of the debris, which sent him into a collision with Idemitsu Honda Team Asia’s Andi Farid Izdihar. The race was red-flagged, and neither Pons nor Izdihar was able to take the restart as a result.

Things got scary in MotoGP as well. According to other racers on track, Johann Zarco took an aggressive line braking into turn 2 on lap 9. Franco Morbidelli, who was hot on Zarco’s heels, had nowhere to go—and made contact with Zarco’s rear wheel. Both riders and their bikes went flying, with Zarco’s bike hitting an air fence at turn 3, and Morbidelli’s bike vaulting through the air in between Valentino Rossi and Maverick Viñales’ bikes, which were racing hard right behind the crash. Seeing it from every angle, it’s truly unbelievable that neither Rossi nor Viñales was hit.

Some people are calling the MotoGP crash a racing incident, but both Morbidelli and Rossi had harsh words for Zarco’s actions after the race. Speaking to Sky Italy, Morbidelli said, “Zarco is a half-killer. Braking like this at 300km/h is really having little love for yourself and those you are racing with.”

“Zarco is very wide and braking in the face of Franco, maybe to not let Franco overtake in braking. But it was too close, and when we are at 300km/h we have a lot of slipstream and Franco had no chance to brake,” Rossi told Autosport.

After the crash, in the medical center, Zarco, Morbidelli, and Rossi had a talk to help clear the air.

"When I was braking, there were no bad thoughts,” Zarco told Autosport.

“I saw Franco in the medical center and we hugged each other because we were scared. And then I was sad because bad things came out from comments from Franco and [Valentino], so we spent 10 minutes together [with Rossi],” he continued.

"I could say what happened and everything is much better now. It was a bad event during this race, fortunately nobody is really hurt. I just spoke to [Valentino] for 10 minutes to make him understand that I am not a crazy guy."

As of Monday, August 17, 2020, Morbidelli is still voicing the opinion that some kind of punishment needs to occur to discourage incidents like this from happening in the future. The ‘racing incident’ took place at a speed of 310 kmh, or 192.2 mph—something that should concern all riders, Morbidelli said. 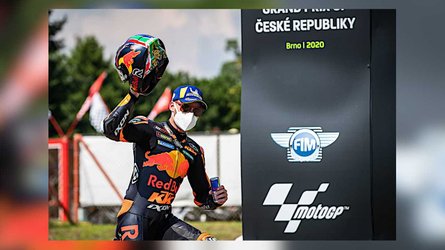 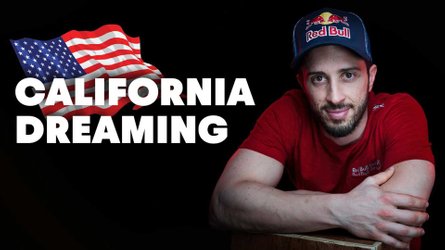