The little four-pot Ninja stripped down.

The Kawasaki Z series is the yin to the Ninjas’ yang and together, they create the perfect balance between fully faired and naked sportbikes. The Ninja 400/650 and Z400/650 share the same chassis and engine, the Ninja 1000 has its Z1000 counterpart (though not in the U.S.) and both the Ninja and the Z have received the H2 supercharged treatment. It just makes sense.

If we follow that logic, the next addition to the Kawasaki Z lineup should be... the Z25R, of course. Team Green recently introduced the Ninja ZX-25R, a mean, quarter-liter, inline-four-powered firecracker that took the market by storm since its official introduction in 2019. Considering how inherently cool the new baby Ninja is, it would be a missed opportunity for Kawasaki not to surf that wave and add a Z variant.

That’s at least what Indonesian digital artist Julak Sendie Design seems to think and we’re not going to lie: we like the way he thinks. The artist shared two digital renders of how he thinks a Z25R should look—one with a Z H2-inspired design and the other, with the Z250’s semi-fairing. Semi-fairing or not, the bike looks pretty badass and we’re on board with this.

Granted, from a marketing standpoint, the model would probably be a bit of a hard sell considering the limited number of markets that will actually get the ZX-25R. That being said, the company designed a brand-new engine and a frame to match, wouldn’t it be a bit of a waste to limit their use to a single model? We think there’s value in Sendie’s idea.

Plus, Z models tend to be lighter than their fully-faired counterparts (logical) which means that a Z25R would likely tip the scales below the 400-pound mark, considering the ZX weighs in at 401 pounds. Combined with the engine’s 50 hp and 22 lb-ft ratings, the 25R firecracker would surely get some extra boost.

The Kawasaki Z25R is a resident of Fantasyland, of course, as the company showed no indication that such a model is being considered. At least for now. Zs usually take a year or two to follow in their equivalent Ninja’s footsteps so there’s plenty of time for Kawi to make that call. 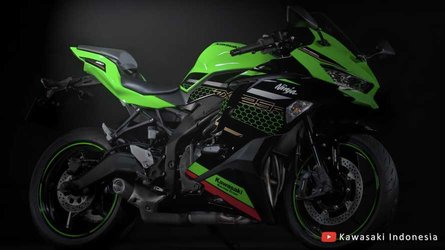 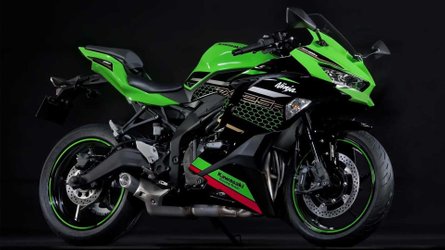