This Custom 600cc Honda Super Cub Is A Sleeper Thumper 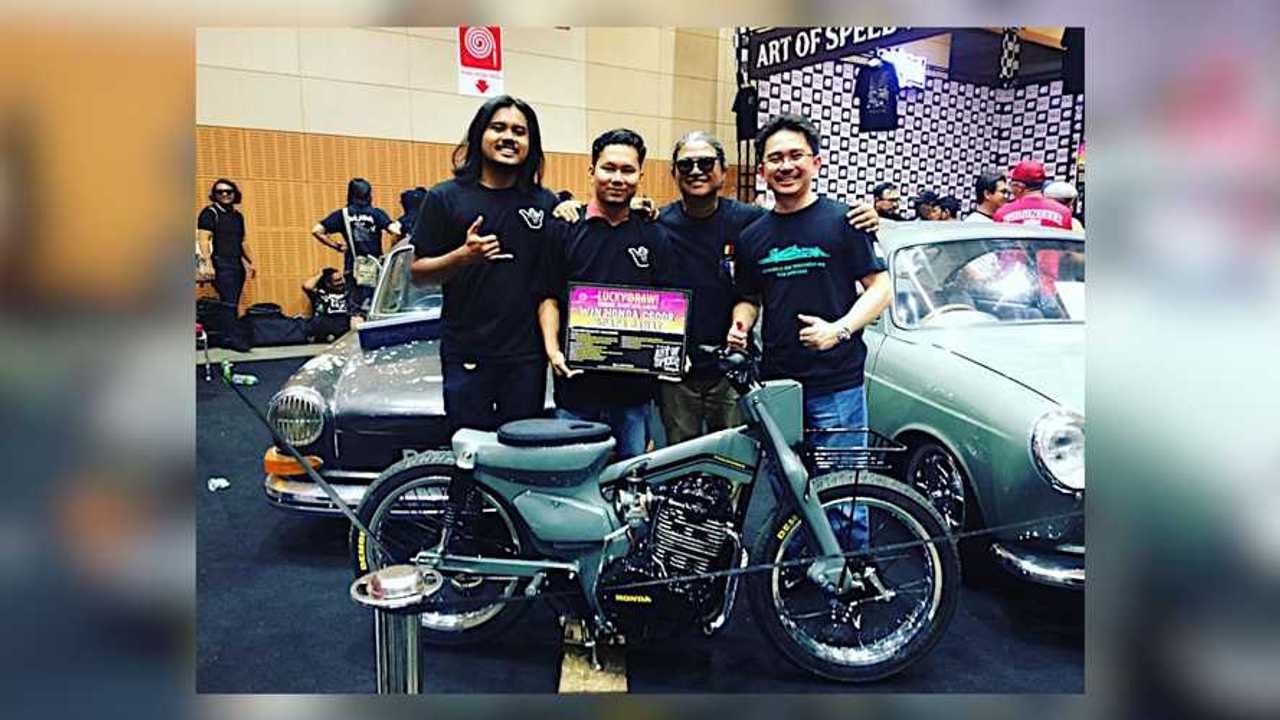 Do you ever have moments when you’re looking at some gorgeous photos of a bike and you just wish more than anything that you could hear it? Friends, that’s exactly the issue I’m having right now. A speed shop called FNG Works, located in Ipoh, Malaysia, decided to build an absolutely bonkers 600cc sleeper from the diminutive base of a 1983 Honda C70 Super Cub. It’s called Papa Jahat, and this dad is no joke.

Unlike some utterly mad, engine-swapped Cubs, FNG wanted to keep it looking fairly stock. Not entirely, as you can see; it still looks pretty custom and special at first glance, but unless you know what you’re looking at, your eyes may not necessarily linger on the engine inside that iconic frame for too long. Chances are, you’ll be spending more time looking at the slightly Benly-ish headlamp, or the custom paint job, or even that very sleek-looking saddle.

In order to mostly keep that stock look, FNG had to carefully select what engine it wanted to swap into place. The answer was clear: a Honda XR600R single was the obvious choice. Out went the old thumper and in came the new. That did, of course, require additional reinforcement, as well as custom oil tank fabrication, and plenty of other thoughtful mods to make the whole build flow as seamlessly as possible. Front forks were ever so slightly widened to accommodate slightly wider wheels and tires, and the swingarm had to be extended. Above all, Cheng wanted to maintain as much of the original frame geometry as possible while fitting that engine inside. It even still has an adorable front basket.

FNG Works is the labor of love of Irwann Cheng, and his custom bikes regularly appear at Malaysia’s Art of Speed custom festival, which describes itself as “an annual event featuring artwork in various formats including canvas, poster, moving visual, sculpture and rolling art.” (Incidentally, the 9th annual Art of Speed festival is happening on July 25 and 26, 2020, and if you’re in Malaysia, you can find out more about attending here.)

After completing this build, FNG Works and the Art of Speed festival held a drawing, where the lucky winner got to take Papa Jahat home with them. That’s one lucky winner, and also made just a little more space in FNG’s workshop to pursue other insanely creative builds.