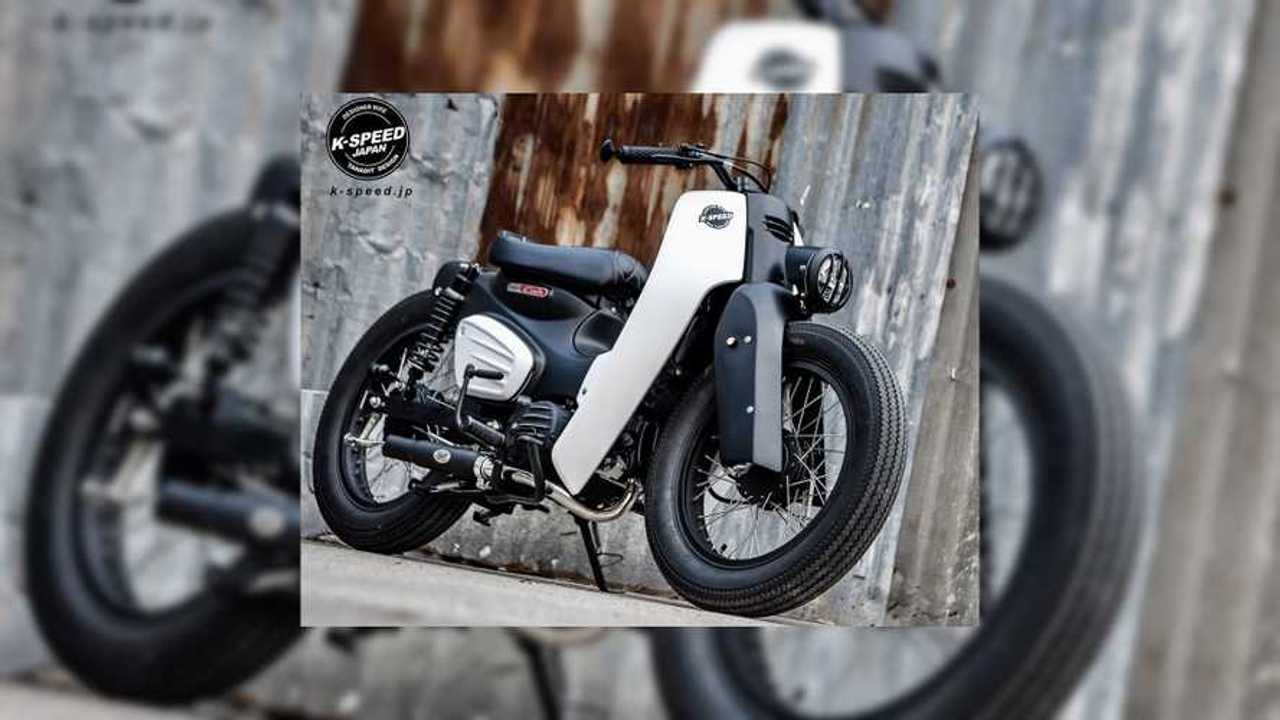 As motorcyclists, we live in wonderful times. Nowadays, you can buy all sorts of wild motorcycles, the likes of which, even a few years ago, would have been unthinkable. A supercharged hyperbike? Kawasaki’s got one for you. A made-in-the-USA factory street tracker? Call up your nearest Indian dealer. Even if you’ve got a really weird taste in bikes, and you want a dieselpunk-styled step-through, you can have what you want—just call up K-Speed, and ask for the Tokyo Street Honda Super Cub.

K-Speed has a series of custom shops in Asia, selling bits to all motorists (bikes, cars, scooters) who feel the need to pimp their rides. Most of K-Speeds outlets seem to be in Thailand, but it looks like this machine came out of the company’s Japanese store.

What Can You Do With A Super Cub?

The Roadrunner Custom Is An Unrecognizable Honda Super Cub In Disguise
⠀

The Tokyo Street is based on the Thai-built C110 Super Cub. The110 cc, single-cylinder, four-stroke engine in the Tokyo Street bike has EFI and a four-speed gearbox. This custom machine has an aftermarket exhaust; there’s probably all sorts of other go-fast parts available for it in Asia, but K-Speed says it didn’t modify the engine’s internals.

However, the builder (builders?) certainly re-worked the looks of the rest of the bike. Honda usually sells the Super Cub with bright bodywork, but K-Speed went with a no-nonsense black and white scheme, and added some old-fashioned Biltwell grips and a very retro headlight guard. The Tokyo Street has a set of fat tires front and rear, with retro tread pattern, like something from a 1950s bobber. The rubber matches the spoked wheels and drum brakes for an old-school look, but there’s still a bit of sci-fi flair to the design, like it could be a 1930s designer’s vision of the future.

Altogether, it looks like Art Deco mixed with a dash of Mad Max, and it’s very well-done. K-Speed will build you one, if you want, but it’ll cost you around $7,000, and you might have to fly to Japan to pick it up. Good luck with that!