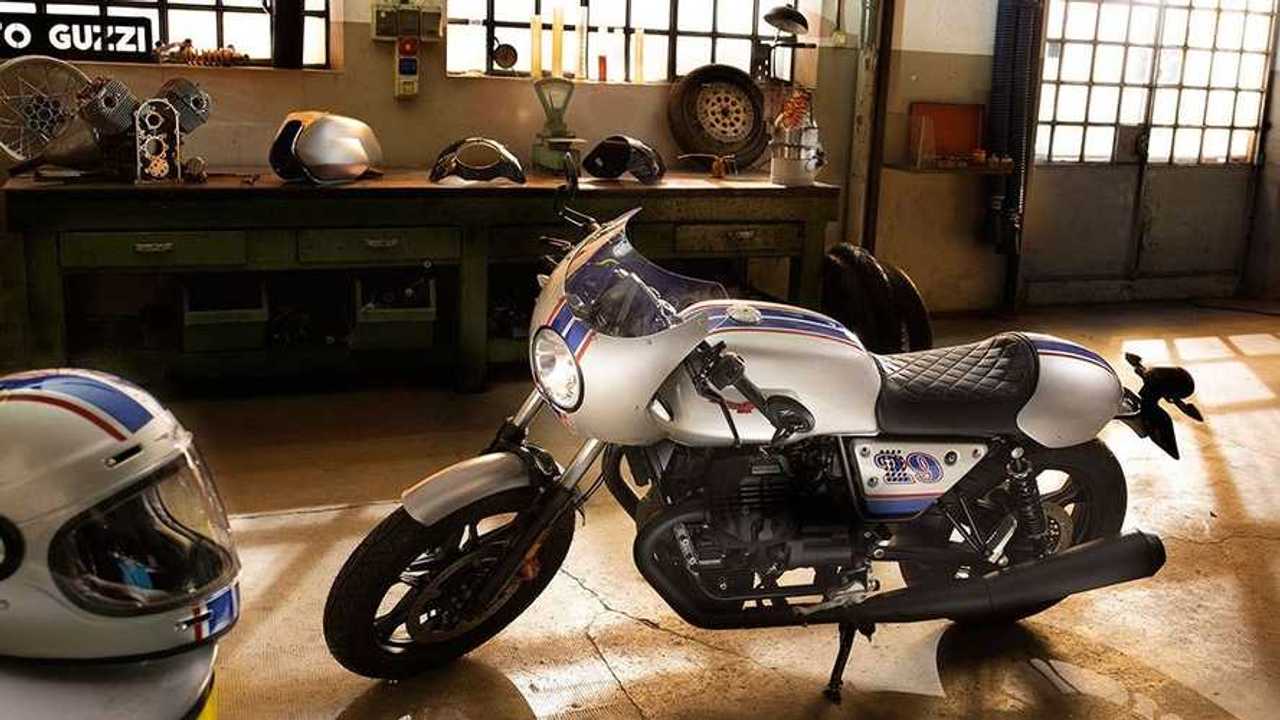 Moto Guzzi has no shortage of V7 III variants. The model range includes 10 different flavors that borrow elements from café racers and scramblers of yore. Whether the Racer, Carbon Shine, 10th Anniversary, or Rough version tickles your fancy, there’s something for everyone in the V7 lineup. Despite this abundance of choice, the Italian company felt that a few more options couldn’t hurt. Offering four new custom kits to owners that want to make the V7 III their very own, Moto Guzzi recently introduced the Sketchbike project.

Consisting of a gas tank, front fairing, tail cowl, and side panels, each kit draws on the rich history and design heritage of the Mandello del Lario-based firm. From the iconic shape of the gas tank to the eagle emblems, the attention to detail and finish is uniquely Moto Guzzi. The three pre-customized accessory kits include the Stripes, Red&Black, and Classic Green paint schemes.

The Stripes version leverage’s Moto Guzzi racing history and caters to the tastes of the sportier rider. For those that would rather cruise the boulevard, the Classic Green rendition will undoubtedly turn heads with its modern take on a classic color option. Those between both those extremes will turn toward the Black&Red variant. With retro styling and race numbers on the side panels, the two-toned paint scheme captures both ends of the spectrum.

Even with the endless variants and accessory kits, some V7 riders may want a more personal touch. To help customizers put their own spin on the bike while retaining the Guzzi design language, the Sketchbike program also offers a raw kit. Composed of black side panels, unfinished fairings, and a bare-metal gas tank, the raw kit is the perfect blank canvas. This option not only allows owners to determine their own livery but also saves the original tins from molestation.

While the Sketchbike project is a novel approach to customization, it’s so new that the Moto Guzzi website doesn’t have the kits up for purchase just yet. However, your local Moto Guzzi dealership should have the latest information and pricing available.