Is This The Most Beautiful Ducati Hypermotard We've Ever Seen? 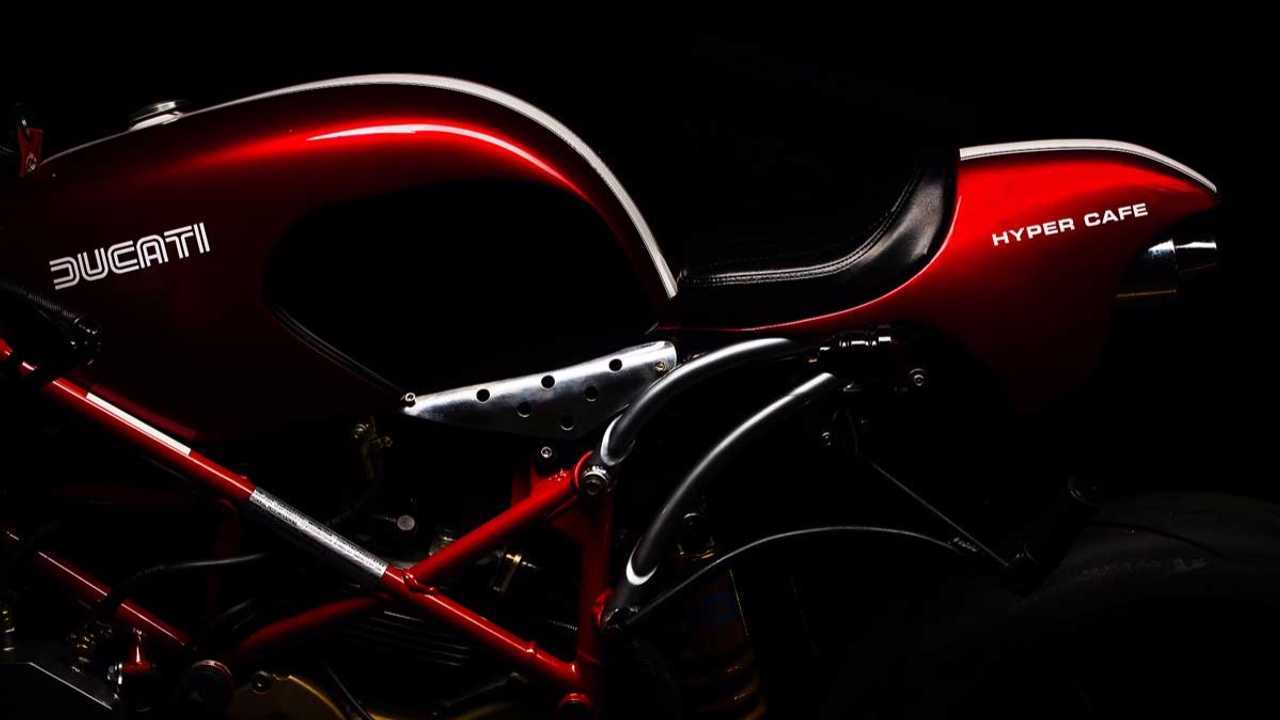 Dubbed the Hyper Cafe, this bike started life as a 2009 Ducati Hypermotard 1100.

There are a plethora of custom Ducatis out there, and I definitely have a soft spot for extremely tasteful builds of Ducatis that accentuate their style while giving them a life of their own. More often than not, these builds are based on models like the Monster, Sport Classic, or Scrambler. But one model in particular doesn't really get that much attention, especially in the custom scene. In fact, it can be argued that this particular Ducati is considered the most un-Ducati of all of Ducati's modern day bikes—and that's by no means a bad thing. Yes, I'm talking about the Hypermotard.

The Hypermotard is Ducati's interpretation of what a true motard ought to be. With several iterations over the course of its lifetime, the formula of the Hypermotard has remained the same: unreasonable amounts of power mounted on a lightweight chassis with upright ergonomics. As such, this makes for a rowdy experience from a bike that's surprisingly comfortable and compliant.

Interestingly, this was the bike of choice for Taiwanese custom workshop Cowboy's Chopper. Although seemingly detracting from the shop's name, since of course, this is probably the farthest thing from a chopper, this custom Hypermotard was remarkably put together. The best part? The modifications to the bike didn't change its rowdy and compliant nature. Alex Gao, the guy in charge of Cowboy's Chopper, explained to Return Of The Cafe Racers just how this build came to be.

For starters, the 2009 Hypermotard 1100's electricals received a rework. This was because an auxiliary fuel tank was added in order to increase the bike's range. This meant that Alex and his team would need to fabricate and rewire a mounting point for a fuel pump for the auxiliary tank. The actual fuel tank as well as the seat assembly were also replaced to that of a bespoke unit. As you can see, quite a lot of design and fab work went into the tank alone, as Alex built it with the Norton Manx and Commando as inspirations for the design.

The bike's tail end is completely bespoke, too. With the use of a mandrel-bent bolt-on subframe, the entire tail section was compressed by a few inches giving the bike a tighter, more aggressive stance. An Imola-inspired rear cowl also serves as a heat shield that conceals a custom exhaust system that undoubtedly gives the Testatretta twin an earth shattering growl.

Overall, the bike looks like a classic race machine that boasts aggressive lines, and a stance that screams agility and sheer riding pleasure. Cowboy's Chopper has quite an extensive list of builds which are definitely worthy of your attention. Be sure to pay them a visit here, if you want to see more custom builds from this side of the world.