This Custom Suzuki Katana Will Have You Ogling For Hours 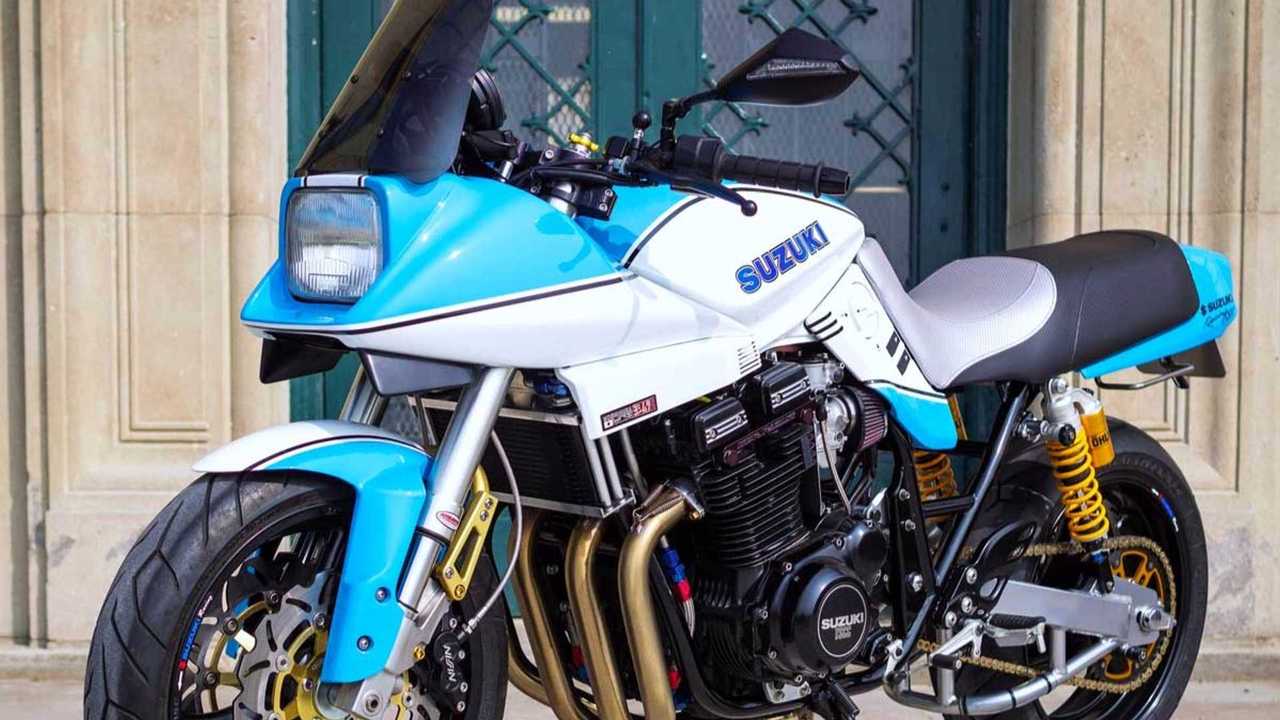 The Suzuki Katana is considered by many as a motorcycle that defined a generation. Gen-Xers would definitely agree that the Katana was one of the most iconic motorcycles of their time, employing design cues similar to that of early 80s science fiction movies. The bike’s design, however polarizing, has gone down in history as one of the most recognizable silhouettes of a motorcycle out there. That being said, the hype currently being enjoyed by the recently launched revival of the same name is certainly not a surprise.

The original Suzuki Katana had styling so distinct, that it would be hard to change its overall aesthetic without doing some major fab work. Perhaps one of the more tasteful approaches in modifying a Suzuki Katana would be to accentuate its style and highlight the rich heritage this bike represents. This is exactly what Toronto-based custom motorcycle shop, VSB Moto, has done with their 1982 GS750S Katana, which was featured on Return Of The Cafe Racers.

Starting life as a pile of pieces acquired over several years, one glance at this custom creation clearly shows that the builder has carefully calculated each and every modification on the bike. Tony Bucci, the owner of VSB Moto, has been a lifelong fan of the Suzuki Katana, so it goes without saying that this build is extremely special to him. For starters, the stock GS750S Katana frame was braced and reinforced using 3/16” thick steel gussets. Chromoly tubing was also used to further beef up the bike’s chassis.

As far as the aesthetics are concerned, this bike is still unmistakably a Suzuki Katana. Tony opted to preserve the Katana’s iconic body work by sourcing all original body panels, sanding out any uneven seams and filling unused holes. The front fairing is a fully restored, all original piece with a fan-cooled LED dual-beam headlight. Among the list of original parts is the fuel tank, which has been professionally relined, heat insulated, and fitted with a brand new OEM filler cap.

To top it all off, this custom Katana features a reworked 1981 GS1100E engine. The four valve motor was fully rebuilt and bored out to 1,134cc with a set of Wiseco pistons, a race ported head, and stainless steel valves all working together in unison to churn out a truly iconic symphony. The engine pumps out a thundering 145 horsepower and 106 Nm of torque to the back wheel. A set of rebuilt Mikuni VM33 carbs with K&N race filters were also fitted to handle fueling duties. A custom MotoGP Werks stainless steel race exhaust and Bosch O2 sensors were fitted to top it all off.

Indeed one can only say so much about a bike that looks and performs as well as this one right here. It goes without saying that Tony and everyone at VSB Moto who put in the time and effort to create such a beautiful machine are more than proud of what they have achieved. By the way, VSB Moto actually stands for Vintage Super Bikes, so that definitely means they have tons of absolutely stunning custom builds of iconic motorcycles. Be sure to check them out here.