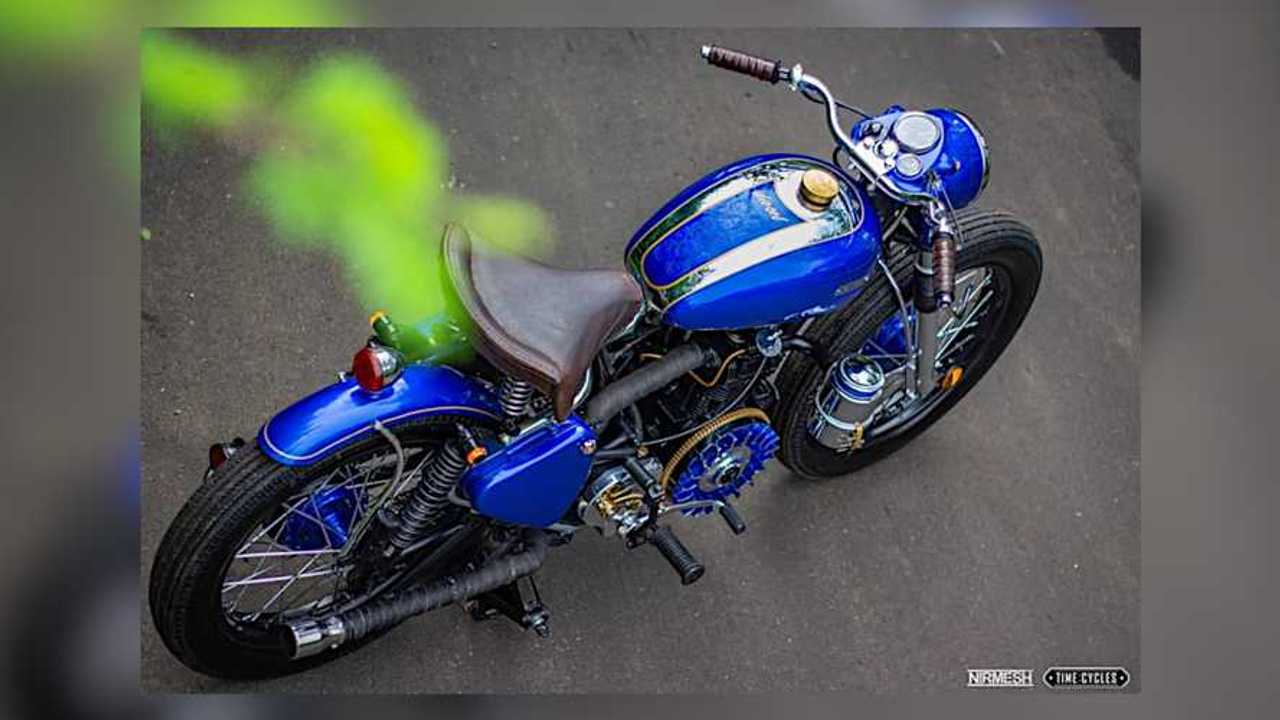 Different riding environments mean different priorities for riders For example, in India, it’s not uncommon to go the diesel route for fuel efficiency. Unfortunately, that also translates to a speed deficit, but if going fast isn’t the point, that’s not a problem. This custom build is a diesel-engined 1959 Royal Enfield Bullet 350, and it’s a peacock in more ways than one.

It’s called “Navilu,” a Kannada word that means peacock. When Mhow-based motorcycle shop Time Cycles picked it up, the previous owner had already converted the engine to a Greaves-Lombardini diesel unit, which is often used in agricultural applications. According to TC, this engine makes about 6.3 horsepower at 3,600 rpm, and about 20 Nm (or 14.75 lb.-ft) of torque around 1,600 rpm. The good news is that it also very politely sips fuel at a rate of about 1.3 liters per 100 kilometers (or 62 miles).

This Custom Laverda 750 Will Knock Your Socks Completely Off
⠀

Since Time Cycles knew that it was going to have to do a complete restoration on this bike, they got to work. This started well before the pandemic kicked the world off its axis, and has taken many months to accomplish, by the way. From a refurbished bicycle-style springer saddle covered in hand-stitched leather to matching leather grip wraps, the team wouldn’t stop until every single detail met its singular vision for a resto-modded bobber. It converted the original 6V electrical system to a more modern 12V one, and LED lighting now illuminates this bike’s comings and goings.

Easily the most controversial part of this build is also the most eye-catching: that exposed, painted flywheel. If you want to ride Navilu, you must be on your best and most careful behavior at all times, or else risk certain injury.

In a way, that’s totally fitting. Peacocks are known to be fiercely territorial, and you’re best off as a human if you admire them from afar. Incidentally, there is an actual peacock feather under the speedometer’s glass. If there’s anything this bike isn’t, it’s subtle. It’s a bike that wants to be seen, and also to see—it even has a 100W fog light installed, in the event of bad weather. A Hella trumpet announces that Navilu is here; no worries about a horn that’s too quiet, then.
Some customs are very tactile, while others would prefer you look but not touch. This build falls more in the latter category. What do you think?