Is Honda Working On A V-Twin-Powered Naked Bike? 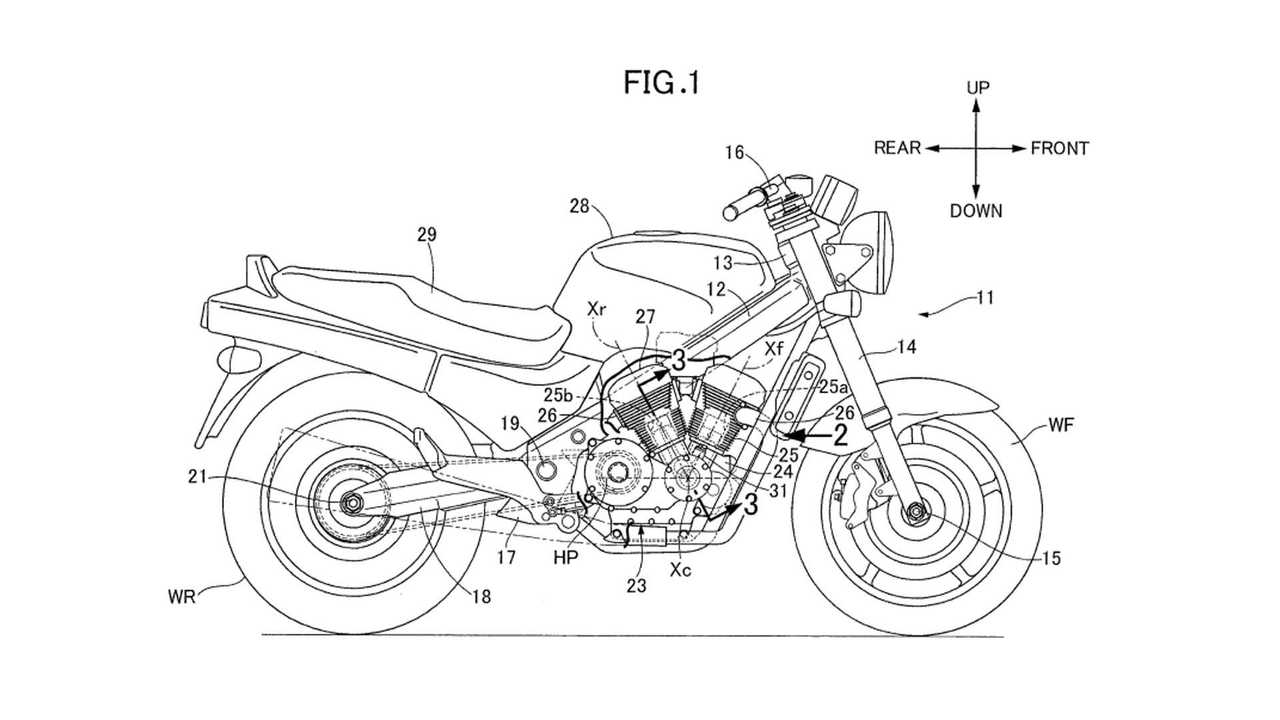 V-twins are one of the most easily-recognizable motorcycle engines on the market. While we usually find that cylinder layout in big-bore cruisers, it also has sportier applications like in the Suzuki SV650, the Ducati Panigale V2, and even the Moto Guzzi V7 III.

While Honda explored the realm of V-twin sportbikes in the early 2000s with the VTR1000, its current range of V-twins is limited to a few cruisers, namely the Shadow and the Fury. The family could be about to grow, however, as a recently-filed patent now suggests that there could be a V-twin-powered standard bike in the works for Team Red.

The document describes a combustion engine with a "plurality of cylinders in a V-type arrangement" and a mention of "two pistons", ergo, a V-twin. The file further describes the engine’s layout and how this particular layout allows the integration of a "pulser sensor" that identifies and communicates the crankshaft’s rotational speed which in turn helps manage the fuel injection.

The patent doesn’t expand on the "V-twin" part (displacement size, cylinder angle, etc.) nor does it hint at any formally considered applications, however, the designs illustrate the V-twin nestled inside a standard bike chassis. The silhouette doesn't look like anything we have in Honda’s current North American lineup and doesn’t fit the Neo-Sports Café bill. The profile is closer to the CB1100’s retro vibes.

The patent was originally filed in February 2018 and was only published at the end of April 2020 so, of course, there’s a chance Honda has since dropped the project. It’s hard to tell whether it’s a simple place holder used to showcase the engine or if it’s an actual model on Honda’s “potential model” list. If it is, we'll gladly welcome a new Honda V-twin to the market.