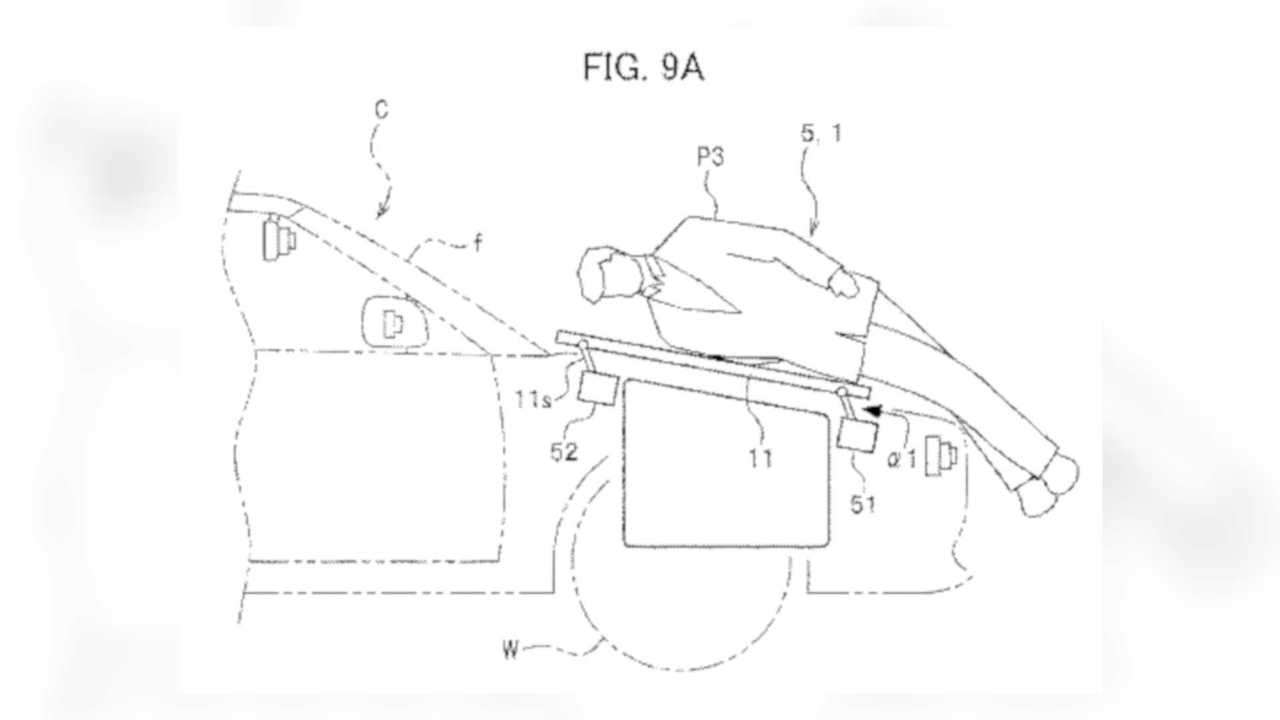 How much would a system like this help with a motorbike crash?

Using airbags to protect auto passengers in the event of a crash is pretty old news at this point. There hasn’t been much new news in the world of airbags lately since it’s a pretty mature technology here in 2020. That’s why a new patent from Honda for a different airbag solution that may impact motorcyclists and anyone else outside that car if it makes it into production is so fascinating.

Honda Motor Company, it seems, has been working on an external pedestrian protection system. As you’ll see in the patent drawings, it uses a combination of airbags and sensors to mitigate pedestrian, cyclist, and presumably motorcyclist harm if that Honda vehicle hits someone or something.

If this pedestrian protection system works as designed, sensors should be able to gauge both distance and size of the person and/or object (such as a bicycle or motorcycle) that’s about to collide with the Honda car. That information would determine how hard and/or fast the external airbag system would deploy. Both instances would of course be terrible, but theoretically hitting a small child would require different airbag deployment than hitting a large adult, for example.

Honda’s patent doesn’t stop with airbags and sensors, either. It also includes mechanisms to prevent a pedestrian, once hit, from sliding up over the roof or down off the hood of the car. If you do hit a pedestrian in a Honda outfitted with this system, preventing that person from either flying back over the hood or rolling down in front of your wheels could prevent further injury. Clearly, the patent team has put a lot of thought into multiple scenarios in the course of development.

Although the patent text and accompanying drawings mostly focus on pedestrians, there’s mention of bicyclists specifically, as well as the potential for other applications. Presumably, information about motorcyclists, dogs both large and small, deer, kids in strollers, and others not traveling inside enclosed vehicles would be included in a final version.

It’s unclear what kind of design acrobatics Honda would have to perform in order to make a system like this aesthetically pleasing, on top of working out its functionality. Still, you’ll never learn the answers to questions you don’t take the time to ask, so good on Honda for exploring a different path.