Is This What A Bugatti Motorcycle Would Look Like? 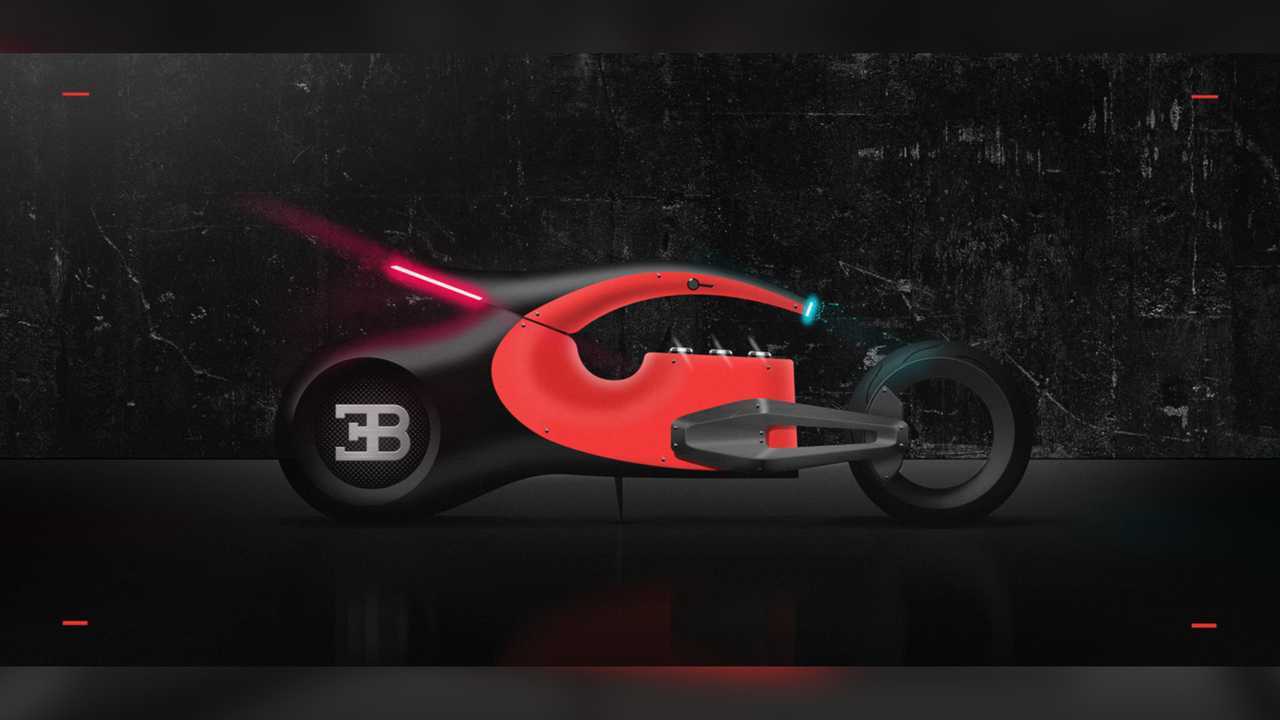 What would an electric motorcycle made by Bugatti look like? According to industrial designer Anay Kshirsagar, it could conceivably look an awful lot like his Bugatti Audacieux concept. When designing it, he wanted to make sure it paid homage to the history of both Bugatti the company and Bugatti the family. He also wanted it to play up what he felt were the key design features that distinguish Bugatti from the pack.

To Kshirsagar’s mind, that meant the form must be voluptuous, above all else. It also must have the iconic C line present in modern Bugatti designs, and finding a creative way to work that horseshoe grille in somewhere also seemed ideal.

In Other Concept News:

Thus, the swoopy lines of the Audacieux, which looks a bit like the extremely futuristic cousin of Newron’s wooden electric motorbike. The Audacieux doesn’t have a single-sided swingarm, but it’s also merely a concept at this point, and has not yet been built and/or modified to exist as a three-dimensional object. As a result, certain small details like where you’re supposed to put your feet as you ride have yet to be addressed.

We must stress that at this point, this is purely a design exercise, and a massive game of “what if...?” Bugatti hasn’t uttered a single peep about wanting to get into the motorcycle business, electric or otherwise. So far, they’re leaving all two-wheeled tasks to that other Volkswagen Auto Group company you may be more familiar with, Ducati.

The name “Audacieux” is French for “bold,” or even, dare I say it, audacious. Kshirsagar said that he wanted to channel this aspect of Bugatti’s design philosophy as much as possible. You might even say that this name is a pure distillation of Bugatti’s design energy, which is fitting for this homage. It’s worth noting that nowhere in Kshirsagar’s notes is specific mention of electrification made. However, looking at this design, it’s extremely difficult to imagine how it could possibly be accomplished as a combustion bike.