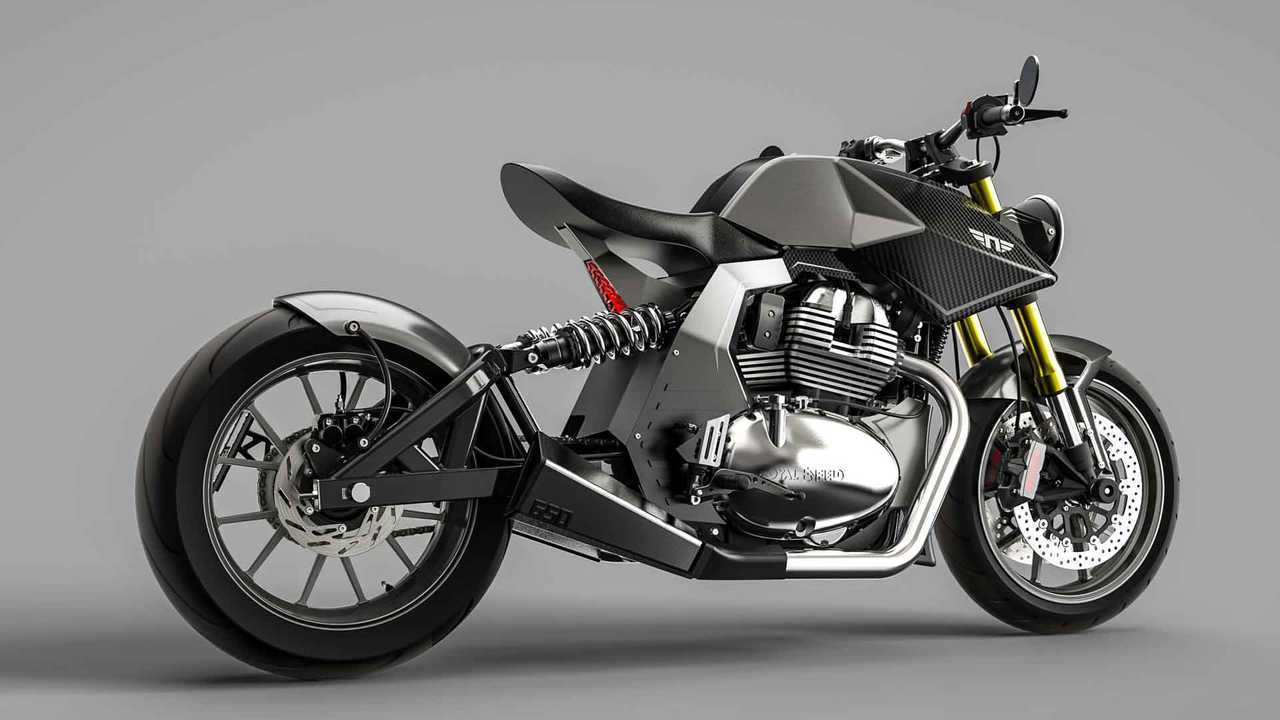 Is this even a Royal Enfield Interceptor 650?

The Royal Enfield 650 Twins are, without a doubt, Royal Enfield's most successful models to date. Having gained popularity across the globe, the Interceptor 650 and Continental GT 650 have boosted Royal Enfield's sales, and more importantly, their reputation as a manufacturer of dependable, reliable, and high quality motorcycles. Apart from their simplicity and practicality, the twins are also rather blessed with good looks. Royal Enfield has always set itself apart in the retro-styled motorcycle craze. The key word in the retro-styled craze is style. Whilst other motorcycle manufacturers make thoroughly modern motorcycles with retro design cues, Royal Enfield creates classic motorcycles with a touch of modern technology simply to improve safety, efficiency, and overall performance. As such, much of that classic motorcycle character that so many people love, is retained.

It is because of this classic styling as well, that the Royal Enfield 650 Twins have become a favorite among custom motorcycle builders. With builds the world over, the theme in customizing the 650 Twins usually doesn't stray far from their original design. However, one custom shop based out of New Delhi, India, Neev Motorcycles, has created a custom streetfighter out of a Royal Enfield Interceptor 650. At first glance, you wouldn't even be able to tell that, at one point in its life, this bike was an all stock Interceptor 650.

Dubbed the Y2, Neev Motorcycle's custom creation required the stock Interceptor 650 to be totally stripped down and reimagined. Retaining all the underpinnings and performance figures as the stock bike, the team at Neev Motorcycle's focused on altering the bikes aesthetics and ergonomics by using a plethora of high end accessories, and even more bespoke parts. Among these bespoke parts are a completely handmade tank and seat section, front and rear fenders, as well as all the mounting points for the taillight and dual headlight setup (which screams Triumph, in my opinion). Frame covers, an aggressively styled belly pan, as well as a totally custom swing arm were also crafted from scratch. Neev Motorcycles also states that the bike's frame was also custom built in order to house the unique rear suspension setup which consists of dual shock absorbers. This unique design feature emphasizes the chopped tail section which houses the taillights directly under the seat.

Overall, Neev Motorcycle's Y2 can be described as a completely original bike, which simply uses the engine and transmission of a Royal Enfield Interceptor 650. It would be totally cool to see them release something like this as a kit for customers to buy, and simply choose what engine they'd like installed on the bike.