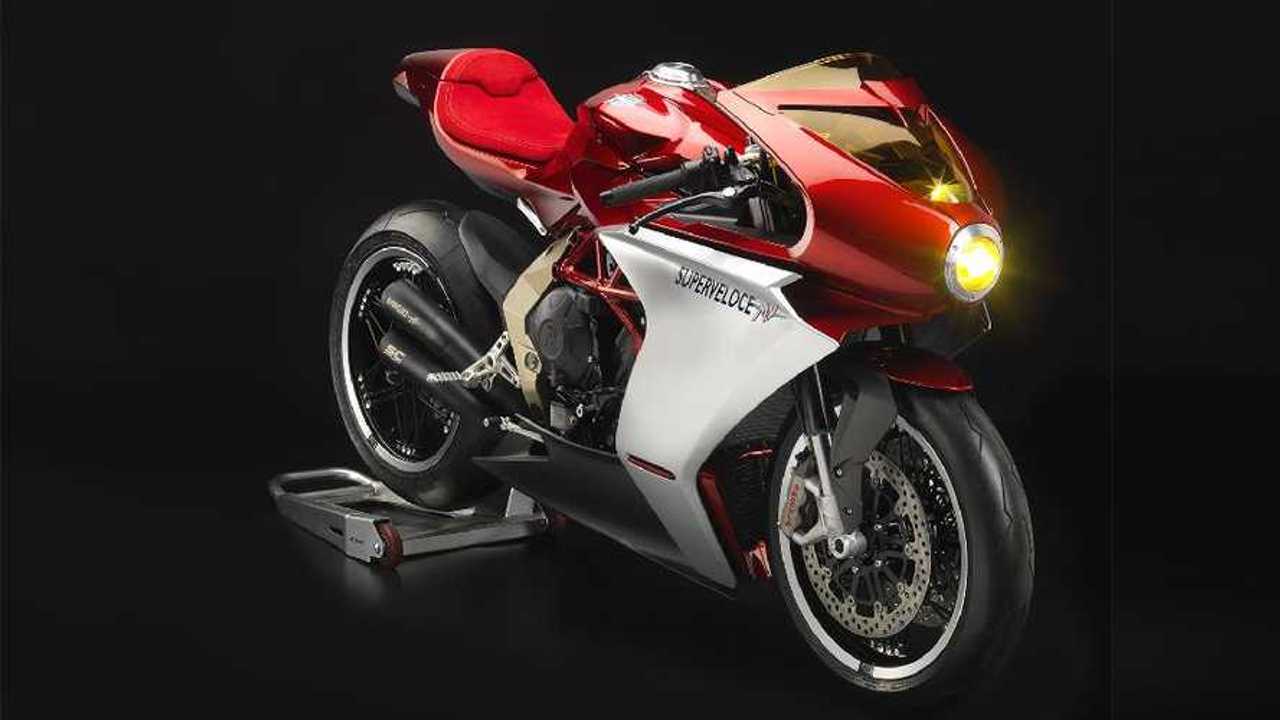 The award-winning bike was dogged by controversy after cheeky advertisement.

After an unusually long wait, production of the MV Agusta Superveloce 800 Serie Oro has begun. COVID-19 and financial woes delayed this limited edition motorcycle, but soon, you’ll be able to buy the machine that puts that's caused so much buzz.

The Superveloce 800 Serie Oro was unveiled as a concept bike at EICMA in November, 2018. MV Agusta is known for stylistic contemporary machines, but this bike had a fair bit of retro influence in the design, with DNA going back to the days of dustbin fairings. It combined ‘70s GP looks with the 799cc, 3-cylinder engine that MV Agusta uses in the F3 800 series. Thanks to this potent mix, plenty of potential customers were excited about the idea. With that much interest (the bike’s also done well at winning design awards), why wasn’t it rushed into production sooner?

Along with the company’s financial realities and coronavirus shutdown, the Superveloce’s controversial history may have also played a part. When MV Agusta confirmed it would manufacture the bike, it released a promo that teased more than just the motorcycle, featuring a nude model.

Some customers were upset over the video, which featured more grinding than your local coffee shop. Complaints over the cheeky advert dominated the motojournalism space for a few days, but now, months later, that’s all died down.

The bike is entering production at a good time for MV Agusta. The company is back to work after the coronavirus pandemic shut things down, but there’s other stuff going on as well. MV Agusta’s CEO Timur Sardarov has said he also wants to rebuild the company’s dealer network, which has been notoriously weak in recent years. As well, the company is using an engine design that hasn’t seen any major updates in a while.

Considering those factors, the Superveloce Serie Oro is just what MV Agusta needs. It’s an exciting motorcycle that will draw attention back to the brand, and the retro design means MV Agusta doesn’t have to worry about building an engine that competes with the rest of the Euro brands. For MV, this could be the right bike at the right time—as long as they can sell it for the right price.