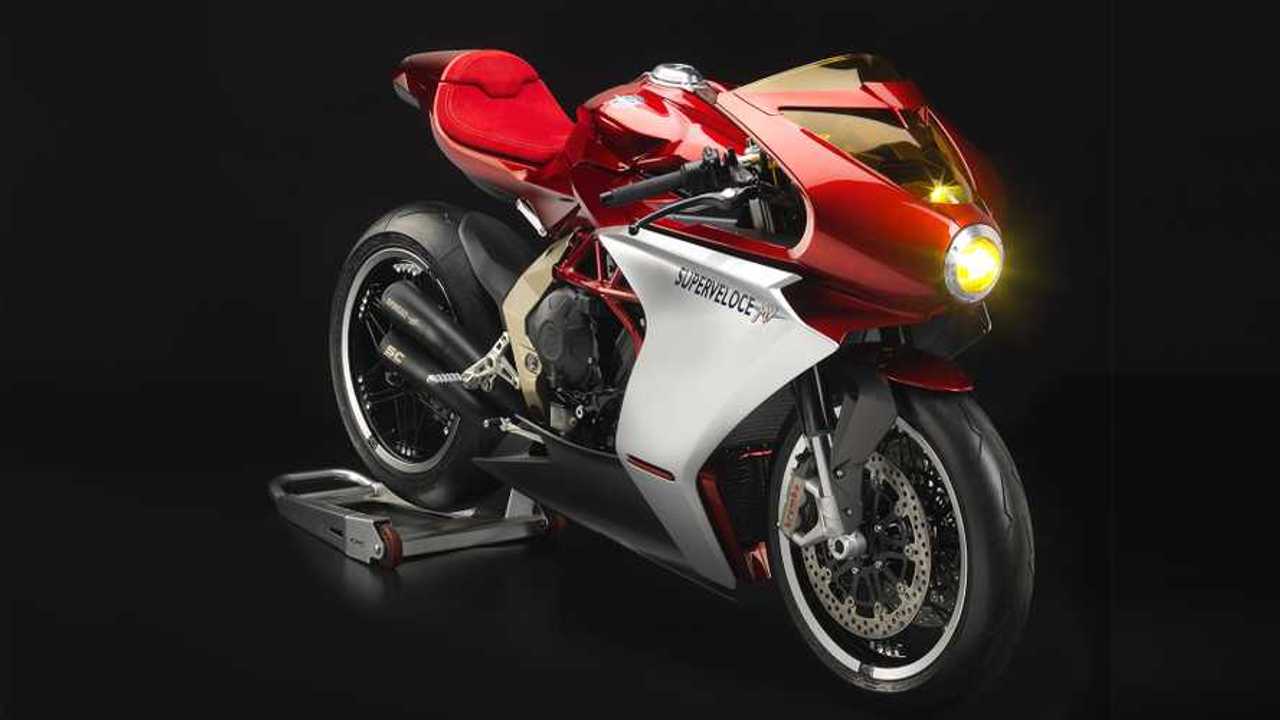 It's machine as art, and it is so Italian.

How many first prizes can there be for a class in a motorcycle show? Apparently at least two, because MV Agusta has won just like the Ducati Hypermotard we reported yesterday.

Don’t get me wrong, I’m not complaining. This thing absolutely deserved it and I am incredibly excited at the news that MV Agusta is actually going to mass produce this bike starting in 2020, because it is a stunner!

First prestented as a prototype at the last Milan Motor Show, this Superveloce 800 (oooh, it’s so Italian) won first prize in the “Concept Bike: New Design and Prototype category presented by Independent Manufacturers and Designers” and yes, that is all in fact the name of the class, at the Villa d’Este Concorso d’Eleganza show. Originally a show for classic and historic machines, it’s also been showcasing prototypes since 2002.

A far cry from the “Concept” Hypermotard, this MV Agusta is nothing like anything else on the market today, unless you want to group it in with all the R nine T also-ran cafe-racer styled motorcycles.

The fairing is fully painted carbon fiber, and surrounds an 800cc three-cylinder motor that puts out 148hp and just under 65 ft-lb of torque. Its dry weight is 381lbs.

The design director of MV Agusta, Adrian Morton, was responsible for this design; he came up with this beauty as well as the Brutale 1000. He said, “after the success achieved during the presentation of Eicma 2018, it was a great privilege for us to receive the official invitation from the organizers of the Concours d’Elegance for attending this prestigious event. The distinctive style of the Superveloce, a combination of retro elements inspired by the characteristic sensual forms of the MV Agusta racing motorcycles of the 60s, and a visionary style combined with the latest technologies, have provided the basis for the development of a provocative design proposal; with lines suspended between past and future, the prototype fits perfectly into the context of the event, where historical models meet the proposals for years to come.”

I don’t know about you, but this is sort of thing that’ll keep me up nights. It reminds me very much of the late, lamented, gone-too-quick Ducati MH900e, one of the most beautiful motorcycles ever created. Even though the listed starting retail price is ₠27,990 (a little over $31,000 USD), all this Superveloce needs is a bit of a redesign and an integrated undertail exhaust and I’ll be finding a way, any way at all, to get my hands on one. I’ll park it in the livingroom. Wow.