Triumph Factory Stories Takes You Inside A Rocket III Engine

Watch chief engineer Stuart Wood break all that torque down in detail.

If you’re a motorcycle lover who’s in or around Hinckley, UK, to visit, going on a Triumph Factory Tour seems like a must-do. However, like just about everything else in the world right now, the Triumph Factory is closed to all but essential workers. That doesn’t mean you can’t pay it a virtual visit, though.

In some ways, this video experience might even be better. The thing about doing public tours of places is that there’s always that one jerk who ruins it. Tuning in to Triumph’s new Visitor Experience video series on YouTube makes it easy to avoid that one individual who just won’t stop talking while the guide is trying to tell you something interesting. (Unless you’re that person, in which case, you can just start the video over again if need be. Nice!) 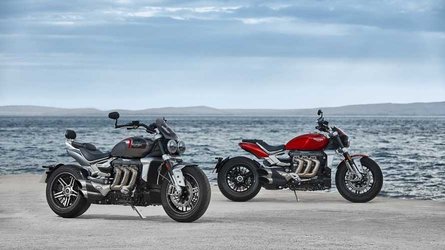 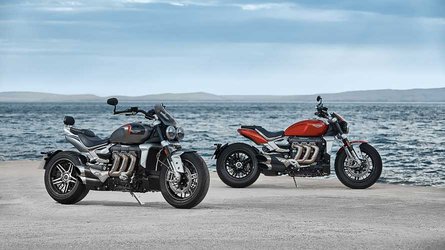 For the world’s introduction to the Triumph Visitor Experience, Chief Engineer Stuart Wood invites you to take a look inside the all-new Triumph Rocket III, starting with the engine. As we know, the Rocket III is powered by a 2.5-liter inline-triple, an absolute unit of a powerplant. There’s a separate table where you get to see the piston, conrod, and crankshaft assemblies neatly excised from a complete engine. 110mm pistons both shine and stand tall so you can take a closer look at what’s going on inside that gigantic beating heart. For perspective, the same assembly but used in the Street Triple, Daytona 765, and Moto2 engines sits right next to it. As you’d expect, that assembly is so much smaller.

Directly in front of all that, you get to see the Rocket III’s headers, so you can appreciate how beautiful Triumph’s approach to finishes is. Wood explains that it’s manually TIG-welded and hydroformed to get that precise construction and look.

Further down, there’s a neat cutaway Rocket III on display that lets you see the internals in context of the entire bike, so you get a better idea of how airflow works, for example. Viewing how everything fits together and provides you with the entire experience of the bike is something you don’t get to do every day usually, but now you can with the Triumph Factory Stories video series.