Watch This Guy Bring Fonzie’s Bike Back To Life

What can we say but, eeeyyy?

Arthur Fonzarelli, also known as Fonzie, or The Fonz, was the ultimate in safe-for-TV cool back in the 70’s and early 80’s on the ABC sitcom, “Happy Days.” It’s possible the iconic character, played by Henry Winkler, inspired an entire generation of riders to buy black leather jackets and motorcycles.

Over the course of the show, Fonzie rode several different bikes. One of which, a 1949 Triumph Trophy TR500, recently sold at auction for $179,200. While that motorcycle did indeed appear in the show, that wasn’t the bike he was seen on most often. 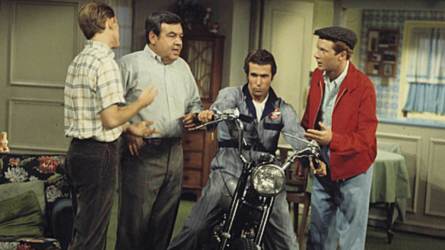 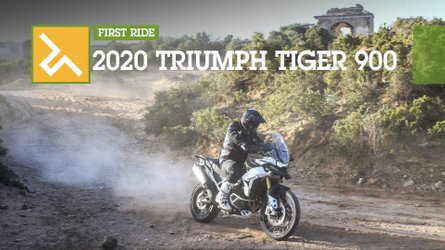 The 1952 Triumph Trophy TR5 seen in this video was Fonzie’s ride of choice and is the bike that appears in the opening credits. It even still sports a dent on the tank from when Winkler, admittedly not a great rider, crashed it.

Mick Lynch, the owner of the bike, says he stumbled upon this iconic piece of Americana at an auction purely by chance. He was at an auction with his wife, but didn’t find anything that he wanted to bid on, so he wandered over to the automotive auction. He knew what he was looking at as soon as he saw it.

Lynch won’t say what he paid for the bike, but only started bidding after another person who had done extensive research on the bike had dropped out. It wasn’t about the money for him.

“I’m a big fan of America and history, and this bike holds a significant place in American pop culture. I don’t buy things as an investment; I buy things because I want to preserve them.” Lynch says.

Lynch left the bike just as he found it, putting it in storage as he began doing research. It wasn’t long before he realized he couldn’t keep something so beloved to himself. Lynch loaned it to the Gilmore museum in 2014. In 2019, he and the Gilmore loaned it to Hagerty. Hagerty displayed it in the company’s headquarters.

In the video Davin, one of Hagerty’s mechanics, attempts to get the long-neglected bike running again. First, he dismantles the carburetor. After discovering that some key parts are missing, he orders them and proceeds to work on the rest of the bike while he waits for them to arrive. After extensive work, he finally gets the bike put back together.

Now for the moment of truth. He kicks it twice with no result. On the third kick, something starts to happen. Finally, on the fourth kick, the old Triumph fires right up as if it hadn’t been sitting for decades.

Davin celebrates with a victory lap around the parking lot. Who can blame him? He’s probably the first person to get to ride it since Fonzie himself.