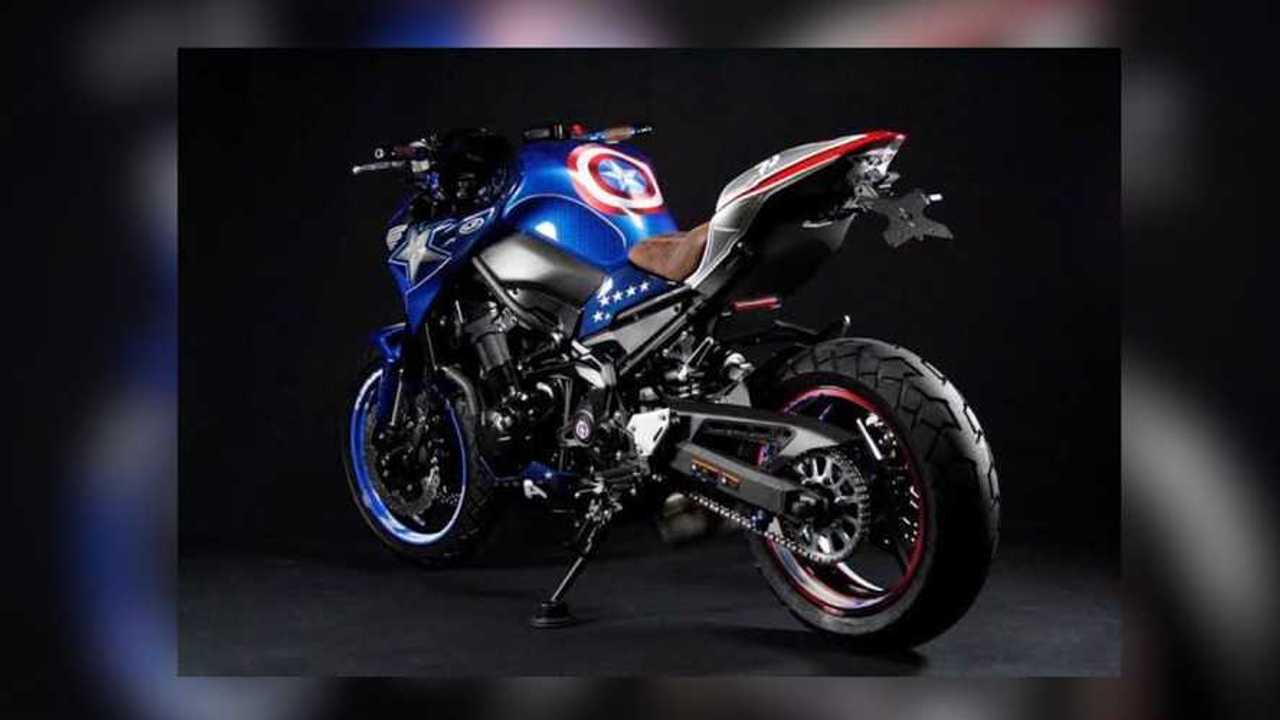 If Steve Rogers wanted a reliable middleweight streetfighter for fighting crime, would this be his bike of choice?

Superhero-themed bikes are definitely not for everyone. Motorcycles in and of themselves often stir up controversy in terms of style and design, and adding the livery of a certain masked hero with superpowers definitely narrows the niche down even further. Nonetheless, motorcycles are meant to exude character and a unique sense of individualism. As such, custom bikes come in all shapes and sizes.

As is the case with this current generation Kawasaki Z900 coming from Swiss Kawasaki dealer 2-wheel Wehrli Belp. Given the fact that the guys at 2-wheel Wehrli Belp are not bike builders, but rather dealers, it’s understandable that they’ve left the Kawasaki Z900 mostly stock in terms of bodywork and underpinnings. Because of the lack of extensive modifications to the bodywork of the bike, the paint job and little accents are given more of the spotlight.

Created for the Swiss Moto expo, the guys at 2-wheel Wehrli Belp had famous Marvel superhero, Captain America as the inspiration for this custom Kawasaki Z900 build. A unique choice, given the fact that Steve Rogers is most often depicted riding a Harley-Davidson Street 750 and other Harley Davidson bikes—after all, he is Captain America. Regardless, the folks at 2-wheel Wehrli Belp sought out to create a two-wheeled homage to the now-retired superhero.

Dressed in an unmistakably Captain America colorway, the Kawasaki Z900 features a fully repainted exterior with a dominant blue in lustrous finish. Adorning the center of the tank is the iconic Captain America Shield with concentric circles and a star prominently displayed at the center. The star pattern is used again on the tank fairings and on the panels under the brown leather-wrapped saddle. The wings found on the superhero’s headgear are situated on the sides of the headlight mask of the Z900, while the letter “A” on Cap’s forehead is boldly flaunted on the front fender.

Apart from the paintwork, the bike is fitted with custom CNC'd aluminum bits with the iconic shield and star pattern such as engine side covers and reservoir caps.

To my eye, the way the bike interprete Captain America’s costume elements gives it a sort of anthropomorphic quality, which some may find appealing, while others may find quite eccentric. Regardless, the bike is sure to get eager glances from kids and Marvel fans alike. What do you guys think of this custom Kawasaki Z900? Personally, I think the Kawasaki Z900 RS cafe racer would have been a better fit for this kind of treatment. Nonetheless, let us know what you think in the comments section.