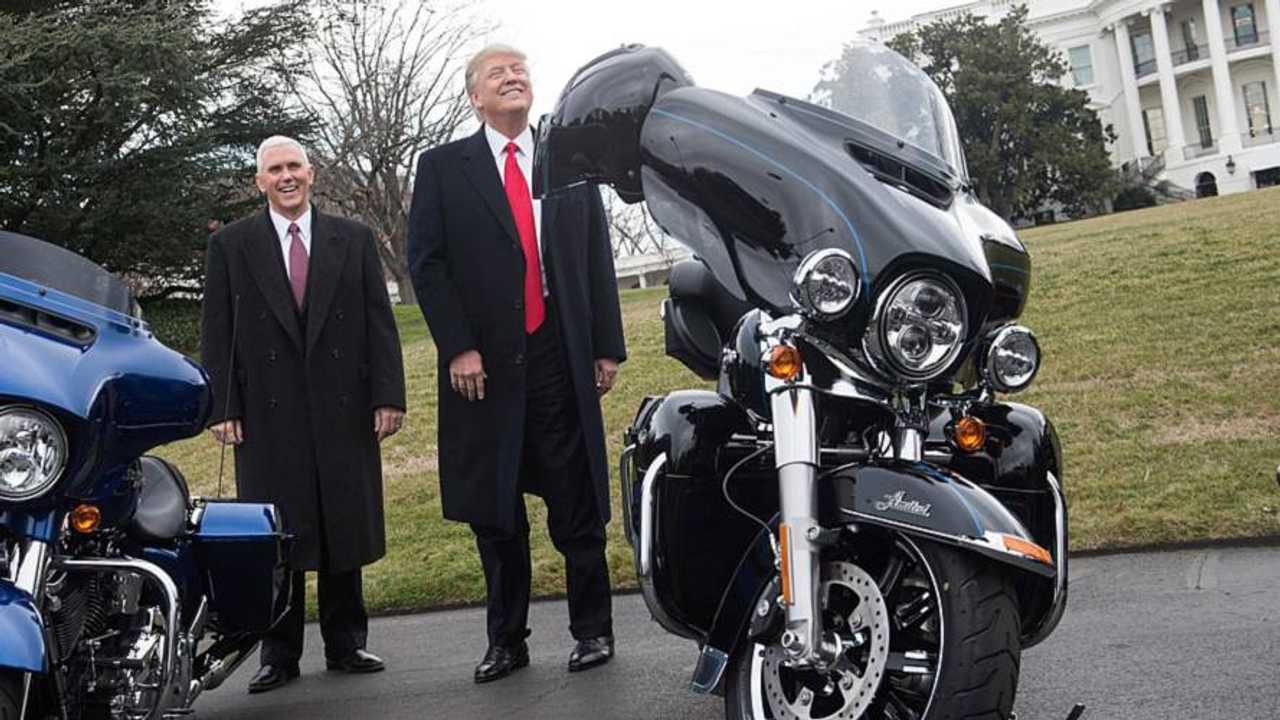 While Harley-Davidson is increasing its presence on the Asian market thanks to a deal with Chinese partner Qianjiang, President Donald Trump is in India brandishing the Black and Orange banner. While he had a lot of strong opinions about the manufacturer’s decision to move production abroad, the President has since become an ardent defender of the brand’s global interests. Indian Prime Minister Narendra Modi welcomed the American President with the intention to resume tariff negotiations, among other things. For his first visit to India, discussions about a trade agreement are back on the table.

The United States and India have been trying to agree on a trade deal to help improve commercial relations between the two nations since 2018. According to a The New York Times report, however, nobody seems willing to compromise—both nations want to protect their workers. That makes negotiations difficult and lengthy.

So far, India has agreed to slash tariffs on American motorcycle imports in half, from 100 percent to 50, but that’s still too high according to President Trump. Tariffs have also reportedly been lowered on imported motorcycles of 1,600cc and more, a segment of the market Indian manufacturers are not actively targeting and are therefore not at risk of having to compete. Such an agreement would also benefit Harley’s main competitor Indian, though the Bar and Shield brand has stronger sales abroad.

While the effort is commendable, Harley-Davidson established a factory in India and doesn’t actually have a tariff to pay on locally-sold units, so is this all in vain? From an economic standpoint, probably. From a political one, however, some Indian media have gone as far as to suggest that such an agreement would make President Trump look good in the eyes of the “Made in America” advocates. To feed into that theory, President Trump himself said he will focus on a larger agreement should he be reelected in 2020.

To be fair, the agreement would include other goods and could benefit other markets other than motorcycles. Whether this is political leverage or genuine economic concerns, there could still be some good to come out of it.